It is never too early to talk about money 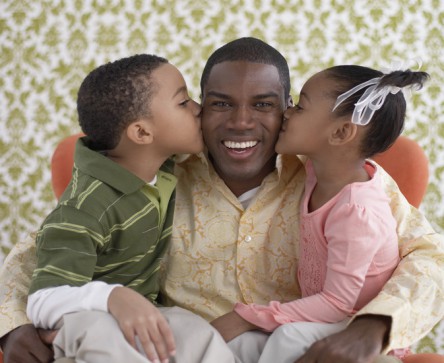 I was recently relating a story to a friend about a conversation I had with my two boys aged 7 and 11 where they had grilled me on financial matters. They wanted to know if we owed money on our house and if our cars were paid off. They wanted to know what taxes were and what a will was.

I was so impressed by their questions, but my friend’s response surprised me. She said, “gosh you realize how careful you have to be about what you say in front of your children”. She thought it was wrong that my children at such a young age were speaking about money.

I remembered that conversation this week as I listed to a remarkable speech by an American 10 year old, Deirdre Flanagan, on “when it would be wise or not OK to borrow money”. This is an essay contest held in America every year for primary school children as part of Money Smart Week which is an initiative that promotes financial education by providing 2200 free financial seminars and events across the country.

Flanagan wrote her essay based on a decision facing the owner of a lemonade stand as to whether or not it would be a good idea to borrow money to buy a juice extractor in order to sell more lemonade. This 10 year old girl spoke about how she would have to “research the juicer and determine how much it will increase productivity. Then I have to ask if I’ll need more lemons and sugar to get the best value out of the new investment. Will the loan amount cover any additional costs? What repayments will work so that I can service the debt confidently? It would probably be better to pay off my loan and interest after the summer instead of weekly as one dismal weather week could make it a terrible idea to have borrowed”.

These are concepts most adults are not familiar with so imagine if all our children left school understanding these principles? We would affect a revolution in terms of financial knowledge and literacy and yet there are parents who don’t believe we should be speaking to our children about money!

Flanagan presented her essay as part of the Financial Literacy and Education Summit in Chicago hosted by the Federal Reserve Bank of Chicago and Visa Inc which forms part of Money Smart Week. I was fortunate to attend and to hear experts talk about financial literacy programmes across the world. The key message that every speaker shared was that in order to improve financial education we need to start young. Not at high school but in primary schools.

The sooner we start to talk to our children about money and finance the better the chance that they will grow up to be financially smart and make good financial decisions.

One of the challenges faced by parents is that we do not feel equipped to talk to our children about money. However Janet Bodnar, editor of US based Kiplinger’s Personal Finance Magazine says you just need to keep the messages simple and focus on common sense. Talk about the importance of saving some pocket money, of not spending more than you earn, about keeping track of your spending.

You don’t need to explain the concepts of compound interest; you just need to get them to have a healthy attitude towards money. If your child asks you a question you can’t answer, then research it together, make it a family project and join them in learning about it.

According to James Rajotte, a member of parliament in Canada, research in his country showed that income played less of a role in financial education than parental involvement. People from lower income households whose parents spoke to them about money would make better financial decisions than people from more affluent households where money was never discussed.

This comes back to the importance of talking to children about money at a young age so that they grow up feeling confident around money. They may not need to fully understand nominal interest versus effective interest but if they have enough confidence in dealing with money they will know to ask questions and will be more likely to take action. If there is one lesson to be learnt it is that the best way you can provide for your children financially is to start talking to them about money.
This article by Maya Fisher-French was first published in City Press