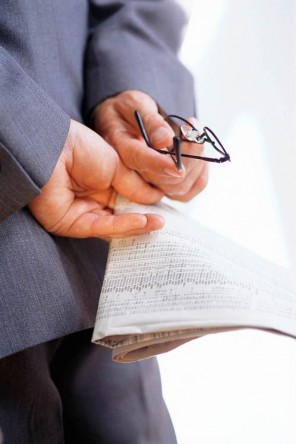 The discussion document issued by National Treasury on Strengthening Retirement Savings demonstrates that Treasury has a good handle on the issues within the retirement industry, however the challenge will be in finding solutions that are not watered down in order to please major interest groups and which require serious “out-of-the box” thinking.

The compulsory preservation of retirement funds will certainly draw criticism from trade unions and there are concerns that it may discourage people from saving into a retirement fund if they feel they lose access to their retirement money.

However government has to find a solution to the fact that despite having one of the highest coverages in the world in terms of pension fund membership and contribution levels, only 10% of South African’s retire with sufficient funds due to the lack of preservation when changing jobs. “We need to be careful about how we present it; we need to reach a consensus. We do not want to force this onto people but rather make them understand the benefits,” says Ismail Momoniat, Deputy Director General: Tax and Financial Sector Policy at National Treasury.

The drive by the Financial Services Board to separate product fees from advice fees will be met with fierce opposition from the insurance industry on behalf of their sales force. Their argument is that the South African market is not yet ready for a fee based model and in many ways they may be correct, however the current model does create perverse incentives and drives up costs and is not always in the best interests of consumers.

It is in the complication in the design of products that obscures exactly what services the consumer is paying for and Treasury wants consumers to fully understand what fees are going to who in the pecking order.

Treasury would like to see a simplification of products where providers compete on price rather than design which tend to complicate products and reduce the level of transparency for consumers.

David McCarthy, retirement policy specialist at National Treasury says the complexity around pricing and rebates may also be why passive investments remain under-utilised in South Africa as no retirement platform provides these cost effective products.

What is also clear from the paper is that National Treasury acknowledges the costs of regulation and in particular the Financial Advisory and Intermediary Services Act (FAIS). Realistically the amount of time an adviser needs to spend with a client to sign a R200 debit order into a unit trust cannot be covered by the fees, which is why advisers are driven to selling higher fee products and also possibly why passive investment funds continue to be under-utilised in the retail space.

Treasury will be looking into excluding certain products from the FAIS Act. “We want to have standardised products that can be bought without advice and without costs,” says Momoniat. These products will possibly underpin Treasury’s plan to introduce tax-free savings plans. In recognition that compulsory preservation will limit people’s access to emergency funding, there are proposals to introduce a tax free short-to-medium term savings product. Individuals will be able to save up to R30 000 a year tax-free with a lifetime limit of R500 000. This could have a major impact on the retirement annuity industry as clients may replace their retirement annuity “top-up” with the new savings plan.

It is also proposed that this new savings plan will replace the existing tax-free thresholds on interest income so savers will have to save in designated products in order to receive this exemption.

While the standardization and simplification of products is a step in the right direction, Treasury may be overestimating how many people save without interaction with an adviser. Take-up of two savings products initiated by government, namely the RSA Retail Savings Bond and education savings fund Fundisa, have been much lower than expected suggesting that products are still sold rather than bought. Time will tell if the tax incentive will be enough to change behaviour.

The paper also raises discussion points around post-retirement and the role of living annuities.McCarthy says the majority of retirees purchase living annuities however the experience is that often incorrect investment decisions are made and the draw-downs are too high. “We are very concerned about the ability of most people to successfully manage products of that complexity,” says McCarthy.

Treasury is considering developing a living annuity with an underlying investment in South African retail bonds to provide an additional simple, low-cost product to meet retirement income needs. The paper also takes aim at the cost of living annuities which “are too high”.

Treasury has made it clear that costs will be a major drive and that government is not averse to mandating the costs of retirement products. Umbrella funds and group retirement annuities favoured by small companies came up for special mention. The paper talks about “mandating charging structures to prevent price discrimination against small firms or employers with lower-paid workers” however McCarthy concedes that this is not a simple solution as small funds are more costly to run and one does not want a situation where service providers no longer offer umbrella funds as the mandated fees do not make it cost effective.

The rules of the Pension Fund Act along with good corporate governance are to be extended to government and union funds. This is a very positive move as there have been many allegations of fraud and financial abuse relating to union and municipal funds.

The role of trustees is also to be reviewed and Treasury would like to see trustees giving consideration to the environmental and social factors underlying investments.

The paper clearly requires trustees, “where they deem it in the best interests of their members, to align their investment policies more consistently with national goals, such as contributing to infrastructure development”. Pressure from government on trustees as to where to invest funds should be a major area of concern, especially in light of the Sanral debacle.

A Band-Aid on a broken arm

The Strengthening Retirement Savings document is well-thought out and deals in detail with many of the issues facing the retirement industry including for example the mis-selling of guaranteed and smooth bonus funds.

The concern however is that we are spending an inordinate amount of time and energy on a topic that is relevant to only a small percentage of South Africans. The reality is that the average life-span in South Africa is around 54 years old. Most South Africans will not reach retirement age and they have far more pressing issues such as survival, disability and illness. The National Social Security Fund will have to be the mechanism to deal with these issues but the fact that government has not moved any further in this direction suggests that it is an area almost too difficult to tackle. The private pension fund industry is the easiest starting point. You have a well-regulated, generally well-functioning private pension fund industry which with a bit of tweaking could be made to function very well.

But even in this space we may be putting the cart before the horse. In terms of compulsory preservation the question National Treasury should be asking is “why do 90% of South Africans withdraw their pensions?”

In the 2008 financial crisis the industry saw an unprecedented amount of people resigning from their jobs just to access their pension fund. There were reports that couples were getting divorced for the same reason. We know that nearly half of credit active South Africans – and this would be the same people who have jobs and are members of pension funds – are indebted and struggling to meet their financial requirements.

What is needed is a far broader discussion on the state of South Africa’s household finances and our general levels of financial literacy. We need to discuss the roles of the employer and the service providers in educating people and providing advice; we need to discuss the role of education and how to deliver basic financial literacy messages at an early age; we need to talk about the role of credit providers in providing counseling to over indebted customers.

We need to start finding ways to improve the financial management of households so that we are dealing with the root causes rather than introducing legislation to treat the symptoms.

This article was first published in Mail&Guardian