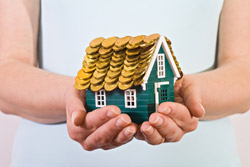 The latest FNB Estate Agent Survey found that after a much improved 2012 compared to 2011, the final quarter of last year showed a weakening in demand for property, possibly as a result of a weakening economy.

A survey of estate agents is a good indicator of what is happening on the ground in terms of property as they are able to track activity levels and pick up home owner sentiment before it is reflected in the formal statistics.

The first question asked to agents is with regard to their perceptions around residential demand. This is a subjective question on a scale of 1 to 10, with 10 being the strongest level of demand.

FNB Property economist John Loos says that the fourth Quarter Residential Demand Activity Indicator declined mildly in the fourth quarter of 2012 signaling a weakening in demand by buyers. Nevertheless it remains in the “stable” bracket (a level from 4 to 6).

“While the decline was only marginal, one should ask whether agents have perhaps started to feel some effect of a weakened economy in the latter half of 2012. One quarter’s data won’t confirm much, but it is possible,” says Loos.

Despite the fall in activity levels, the average time that it takes a seller to sell their property remained at levels lower than in the first half of the year. In the last six months of 2012, the average time of a property on the market prior to sale was just over 15 weeks.

This was significantly better than the 17 weeks it was taking to sell a property in the second quarter of 2012. Loos says this suggests some improvement in the balance between demand and supply as well as some level of realism around the price that sellers are expecting for their properties.

Loos warns, however, that the 15 weeks and four days it is currently taking to sell a property is still too long a period to represent a strong market. “Judging from the healthier market days prior to 2008, a level nearer to eight weeks (two months) on the market appears to be the benchmark for a “strong” market, so there remains some way to go,” says Loos.