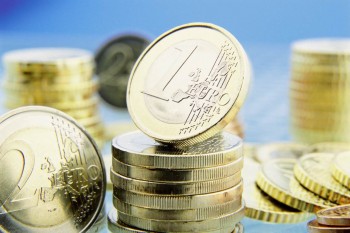 A reader recently wrote to City Press to question how his late wife’s pension benefit had been distributed and whether it was in accordance with the law. It raises some interesting points about the provision of the law and the role of pension fund trustees.

Q: Is there tax deductible from the pension fund benefit of a deceased member and if so how much?

The Income Tax Act provides a sliding scale applicable to the taxation of death benefits.  The first R315 000 is tax-free thereafter a sliding scale applies. If the individual made any pension withdrawals during their lifetime, for example when changing jobs, this would reduce the tax-free amount available so more tax may be payable than one originally expected.

Q: Why do pension funds have up to one year to make the payment to the family?

Trustees have the responsibility to identify all the dependents of the deceased as well as the level of dependency they had on the deceased. Depending on the circumstances, this could take time and trustees cannot afford to take the risk of not including all the dependents as they can be held liable for their decision.

Bear in mind retirement fund trustees are busy with their own jobs and work part-time on the management of the fund. Trustees also only meet quarterly, which is when they would agree and sign off on matters such as death benefit distribution.

Q: How often should the nomination form naming the beneficiaries be updated and who is responsible? What happens if this form is not up to date and does not include children born since the form was first completed?

The retirement fund member him/herself is responsible for checking the nomination form is up to date but the retirement fund should have an education/communication system in place to remind members to update this. Bear in mind the nomination form is just a guide to trustees, who will still have discretion in deciding how to allocate death benefits.

Trustees still need to investigate the information at hand and determine if there are other dependents, to ensure nobody is excluded.

Q: Do the pension fund trustees have the right to instruct the children’s money to be paid to into a Beneficiary Trust fund rather than the surviving parent?

Retirement fund trustees have the discretion to pay death benefits into a beneficiary fund if they believe this is in the best interests of the children. In making this decision, they will take various factors into account, including the capability of the guardian to manage capital and generate an income. If a guardian believes the decision was misguided, s/he can take the matter to the Pension Funds Adjudicator.

Q: If the money is held in trust how do the Trustees determine the amount of money the guardian requires each month to support the children?

Some retirement funds do investigate income needs as it guides them as to how much capital would be needed to fund the income, but the death claim is a limited amount and cannot always meet all the needs of the minors.

The amount paid will depend on the size of the original lump sum death benefit and the ages of the kids. The trustees have a fiduciary responsibility to ensure the money will reasonably last until the children reach 18; in addition to an income it may need to cover capital cost such as school fees.

A guardian can engage with the trustees if he feels the income is not sufficient and they should be able to explain/justify their decision to pay a certain amount or reach a compromise with regard what would work best between the guardian’s resources and the children’s assets.