If the abuse of hospital cash plans continues to escalate, life insurers may be forced to implement tough measures to ensure the financial viability of these products, warns Peter Dempsey, deputy CEO of the Association for Savings and Investment South Africa (ASISA). 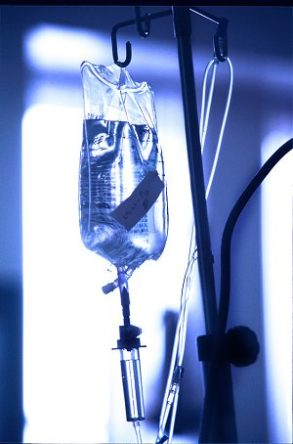 If the current abuse and fraud around hospital plans continues, insurers may be forced to raise premiums or to even stop hospital cash plans completely.

Hospital cash plans offer good value for money and help alleviate the financial burden of hospitalisation, such as having to take time off work if you are self-employed or having to hire help if you are a stay-at-home parent. The money can also be used to fund any medical bills not covered by a medical aid scheme.

Simplicity leads to abuse
A hospital cash plan is a policy that starts paying you a daily cash amount for every day spent in hospital. The benefit usually becomes payable after day two or three of your stay in hospital depending on your policy contract.

Unfortunately we have seen a consistent increase in fraudulent claims where doctor and hospital administrator collusion is helping dishonest policyholders make claims they are not entitled to.

Life insurers have come across cases where patients being treated for minor conditions are kept in hospital for much longer than needed, enabling them to claim from a number of hospital cash plans with several different insurers.

While some of these cases were spurred by desperation where the money was needed to repay debt, in many other cases the goal was blatant self-enrichment.

With a hospital cash plan, the policyholder is admitted to hospital first and then makes the claim once released. Even if a doctor hospitalises the policyholder for flu the insurer cannot decline the claim because the patient had been in hospital, whether this was necessary or not.

Hospital cash plans are easy-to-understand products designed to help consumers cope with unexpected expenses as a result of being admitted to hospital. Unfortunately the simplicity of these products leaves them wide open to abuse.

Judge Brian Galgut, the Long-term Insurance Ombudsman, comments in his recently released Annual Report for 2012 that many of the excessive hospital cash plan claims appear to be part of an organised scam. He notes that steps must be taken by insurers to stop this trend as soon as possible as the impact of these excessive claims will no doubt lead to an increase in premiums for this type of policy.

The Annual Report makes reference to a specific case that came across Judge Galgut’s desk where a policyholder had claimed for 10 hospital stays totalling 71 days over a period of two years. The reasons included flu and other medical conditions that do not normally require hospitalisation.

If fraudulent hospital cash plan claims are being submitted or if a policyholder is claiming excessively as per the example described above, cancelling the policy of that policyholder is a fair and effective way of protecting honest policyholders from premium increases. It is imperative, however, that such a cancellation clause is contained in the contract at inception and that the decision to cancel a policy is exercised in a reasonable manner. Important for policyholders is that such a cancellation can be challenged and that the Long-term Ombudsman has the power to overrule the decision of an insurer to cancel a policy.

Dempsey says members of the public are encouraged to tip off life insurers should they come across collusion attempts by doctors, hospital staff and policyholders that may result in fraudulent claims from hospital cash plans.