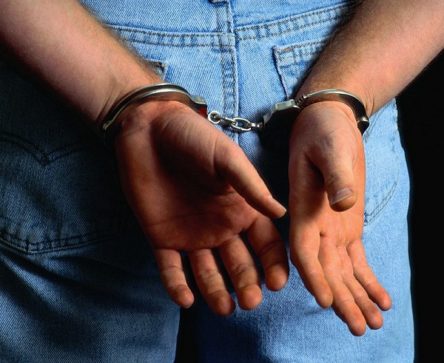 ‘Operation Siyanda’ which was held in the Northern Cape recently is the latest in a round of operations conducted by  SAPS which have included Thohoyandou, Venda, Eastern Cape, KwaZulu-Natal, Western Cape, North West and the Limpopo Provinces. As a result of these operations, six court cases have already been finalised with fines of up to R10 000 or twelve month imprisonment suspended for five years.

“The focus of this kind of operation is primarily on credit providers who are unlawfully garnishing, retaining pension cards, bank cards, identity documents and personal identity numbers (PIN) of their clients as surety,” said Nomsa Motshegare, CEO of the NCR. “This is a contravention of the National Credit Act (NCA)and it is a criminal offence.”

The NCR partnered with the SAPS and the Directorate of Priority Crimes and Investigation in Upington, Keimos, Kakamas and Groblershoop, investigating 32 lenders. This led to the arrest of 13 individuals who contravened the NCA.

During the operation, 13 people were arrested and as a result 11 criminal cases were opened. In addition, the suspects were found to be in possession of 5 453 pension cards, 130 ID books and 1 720 bank cards.

“This operation was definitely not the last of its kind. Such operations are conducted nationally in different parts of the country. Credit providers should be warned that the NCR will not condone any contraventions by credit providers”, says Motshegare.

If you are aware of credit providers using illegal means to collect outstanding debts such as withholding bank cards you should report them to the National Credit Regulator:

In search of a low-cost credit card

For the last 14 years I have been the happy owner of a Virgin Money credit card. The card has zero annual fees which made it a perfect credit card to hold for emergencies rather than using for day-to-day spending. In my case I also used it for booking travel such as...

Payment holidays are a lot like real holidays – they end up costing more than you realise. In this podcast, Maya (@mayaonmoney) and Mapalo (@womanandfinance) look at the costs of debt-payment holidays and how to get back on track after taking one.

Video: What is considered a good credit score?

Last month, the South African Reserve Bank cut rates by 100 basis points and this led to many questions about the mechanism of interest rates. We unpack how interest rates work both for borrowers and savers. What is the difference between the repo rate and the prime...

Video: Should you use your home loan to buy a car?

Home loans are usually the cheapest form of financing and it may seem like common sense to use this lower interest rate to pay for shorter-term debt like car finance. In theory you save money by paying a lower interest rate, however, most people forget that a car is...

Listen: The interest rate cut and your money: 101

As a result of the unexpected 100bps cut in interest rates, we received many questions about interest rates, and the impact the rate cut has on both borrowers and savers. Maya (@mayaonmoney) and Mapalo (@womanandfinance) unpack how interest rates work and do some...

Cashflow relief is better than a term extension on your loan

Taking a payment holiday should only be done if you really have no way to meet your monthly debt payment. It adds to the cost of your loan and can add significantly to the period of your home loan, especially if you recently bought your property. For example, if you...

This post was sponsored by Yalu. Credit life insurance is poorly understood in South Africa. This is ironic, because it’s one of the best risk-management tools available to the consumer – especially in challenging economic times. From COVID-19 to junk status, few...

Financial tools to keep you on track in 2020

Still using Excel or some other rather rudimentary means to keep track of the household budget? Ditch them now! It’s so easy to keep track of your finances and achieve your savings goals with these smartphone apps, websites and online financial tools: Use your bank’s...