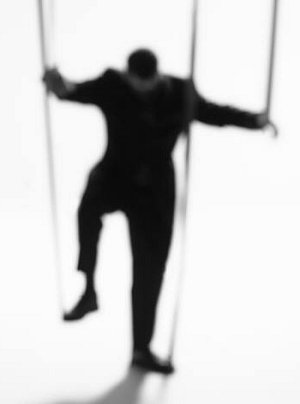 Recently a story made news in South Africa about a South African who emigrated to Australia in 2002, leaving his estate here neatly bundled up. Prior to arriving in Australia, he stopped over in Lichtenstein where he established a series of trusts and companies registered in the British Virgin Islands. The benefits and revenue from the South African estate were ceded to flow through the BVI companies and eventually be received by his family in Australia with positive tax consequences.

However, over the years, the emigrant wheeled and dealed with the funds, acquiring and disposing of assets and directing the revenue flow as he saw fit, ignoring the previous cessions and established structures as if the funds were his own to do with as he pleased. He even borrowed funds abroad on the strength of “his” local assets.

The Australian Tax Office became aware of the revenue flowing directly to the emigrant and sought to tax this. Obviously the emigrant was not happy to settle what he believed to be a tax-free income stream. This interest by the Australian Tax authorities no doubt assisted the emigrant in his decision to return to South Africa some 17 months ago, with the tax bill unpaid.

The Australian Tax Office, together with the South African Revenue Services, have been successful in attaching the original funds left here to the tune of some R300 million to cover the outstanding Australian tax bill (one should be aware that many tax jurisdictions have reciprocal arrangements around the world to snare tax evaders).

David Knott, a fiduciary expert from Private Client Trust, a division of Private Client Holdings, advises that many “trusts” continue to be administered by the funder, as the above was, without complying with the terms of the trust deed. It is only when circumstances change – a divorce or insolvency or when SARS becomes interested – that the alter ego or sham trust is found out and the protection or ring-fencing that a trust should provide is found wanting.

Knott highlights an example where a 2005 court decision found that a man had settled assets upon a trust and that inherited assets had also been incorporated into this trust, enabling his family to lead a comfortable life. Until that is, the marriage turned and this man’s wife demanded her share of the trust as well as a share of the joint assets. The court pierced the “corporate veil” finding that this man had intermingled trust assets with his own when seeking overdraft facilities, had ignored the other trustees and in short, had dealt with the trust as if the assets were his sole property.

The wife was successful in substantially enhancing her divorce settlement.

“The lesson here is that once a trust has been established and assets settled upon that trust, the funder loses ownership and also control of the asset. All dealings and transactions must only flow in terms of the trust deed and all decisions must be taken collectively by the trustees. A funder ignoring the strict terms of the trust deed does so at his peril,” warns Knott.