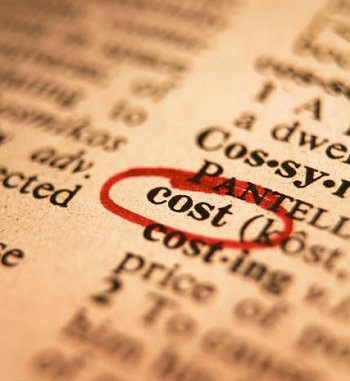 Warren Buffett, the world’s most famous investor, made the following observation in his letter to Berkshire Hathaway shareholders in February this year. In his instruction to the Trustee of the Warren Buffett estate, he has the following advice:

“Put 10% of the cash in short-term Government bonds and 90% into low-cost S&P 500 index funds. I believe the Trusts’ longer term results from this policy will be superior to those attained by most investors – whether pension funds, institutions or individuals – who employ high fee asset managers.”

William Sharpe, (the founder of the Sharpe ratio) who won the 1990 Nobel Prize for Economic Sciences, published a study in 2013 entitled The Arithmetic of Investment Expenses, in which he concludes:

John Bogle, regarded as the “father” of index investing and who popularised the use of index tracking funds through the Vanguard mutual fund company, also published a recent study, entitled The Arithmetic of “all-in” Investment Expenses, in the Financial Analysts Journal (February 2014).

Bogle believes that previous studies, such as William Sharpe’s, have understated the damage on returns caused by costs. If “all-in” costs, including transaction costs, sales loads, (commissions) and cash drag are taken into account, he says:

Whereas Sharpe calculated that the cost advantage of low-cost index funds was 1,06% per annum, Bogle believes that this cost advantage actually comes to 2,21% per annum, once all hidden costs are taken into account. Mr Bogle finds that the Total Expense Ratio (TERs) used to calculate overall costs of investment products exclude:

The stockbroking charges associated with buying and selling shares in the portfolio are not included in TERs (this is also the case in South Africa). Various studies in the US have indicated that the average brokerage charges incurred by active multi‑asset funds account for around 1,44% per annum, well in excess of the 1,19% average reported total expense ratios for these funds. Since the 1960s, the average fund portfolio turnover of actively managed funds in the USA has leapt from 30% to 140% today. Despite lower stockbrokerage commissions and exchange trading costs, this “portfolio churn” adds significantly to the actual costs of actively managed portfolios.

Index trackers, by contrast, seldom have to trade their portfolios as the index only rebalances periodically and then only a marginal percentage of index stocks are changed.

Active funds typically carry cash in the range of 5% of total assets to facilitate daily trading in their units, whereas index funds are fully invested and do not have to hold cash as they trade independently on stockmarkets. As there is a long-term premium on the return to equity, relative to cash, this cash holding acts as a drag on performance and needs to be taken into account.

Unit Trusts in South Africa also hold cost as part of the requirement to trade their units, so suffer from a similar cash drag.

The “distribution fees” or commissions paid by retail investors have fallen significantly in recent years in the USA. Up until the 1970s, funds typically charged an upfront “load” of 8%. If you held an investment for 8 years, the annualised load was 100 bps per year and, if the investment was held for 16 years, 0,50 bps per year.

Since then, most funds have dropped the upfront fee and switched to an annual fee for sales commissions. This typically, in the USA, runs to about 1% per year.

In South Africa, there has also been a move to replacing upfront fees with trailing commissions and fees. A 1% trailing fee paid to advisors is a typical sales load fee in South Africa, but can be higher.

The impact of this cost advantage for index funds is shown in the following table:

For a retirement fund investor in the US, a low-cost index tracker product will deliver a 44% higher retirement pool after 30 years and 65% higher pool after 40 years, purely because of the cost benefits attached to the low-cost passive tracker fund.

Is this applicable to South Africa?

In South Africa, the Total Expense Ratios (TERs) reported by Collective Investment Schemes (including ETFs) also exclude brokerage charges, distribution fees, cash drags (not applicable to ETFs which are fully invested) and the sales load charged for advice given by FSPs. So the reported TER costs in South Africa also do not include the other “all-in” costs which are detailed in the US Studies by Sharpe and Bogle.

The extent of the “undisclosed fees” in the South African market is difficult to unravel, other than anecdotally, because of poor disclosure by most investment managers.

A study published in July 2013 by the SA National Treasury, entitled Charges in South Africa Retirement Funds, found that the average charge for actively managed SA Retirement Annuity Funds was between 3,4% to 3,6% per annum. By comparison, the etfSA RA Fund that uses only low-cost index funds in its portfolios charges a total annual fee of 1,35% per annum.

The etfSA RA Fund, includes all actual costs and charges in its composite fee – these include TERs, brokerage and other transaction charges, account administration fees, benefits administration, sales and advice fees. The gap between the actively managed funds and etfSA RA Fund, is almost exactly the same (2,05% – 2,25%) as the gap between disclosed costs and the actual “all in” costs in the USA.

The SA Treasury Study reaches the same conclusion as the US Studies reported on in this article – a regular saver who reduces costs by 2% of assets each year, “would receive a benefit 60% greater at retirement after 40 years, all else being equal.”