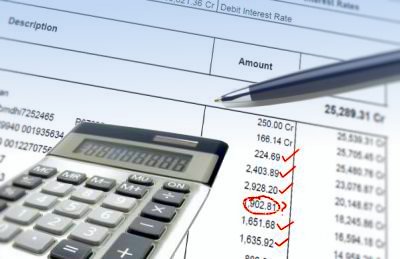 When Jurie Pohl discovered that fraudulent debit orders amounting to R12 000 had been deducted from his bank account over five years, he became the latest victim of a financial crime where syndicates are deliberately using the debit order system to commit fraud.

Walter Volker, head of Payments Association South Africa (PASA) and author of Essential Guide to Payments, says there are rogue elements using the debit order system to deduct money illegally in the hope that customers do not notice the illegal debit orders. “We have found that in many instances they are operating out of small call centres in the Durban area selling airtime,” says Volker who explains that these syndicates illegally obtain a database of accounts and hit these accounts with small amounts. The fact that so few people actually check their bank statements allows this debit order fraud to go undetected for long periods of time. The syndicates also target lower income earners who may not know their rights or how to raise a dispute – they simply close their bank account, forgoing the funds already withdrawn.

“If questioned, the true rogues quickly refund the customer, pretending it was an error, and then the customer is happy in believing it to be an honest mistake and they do not open a police case,” says Volker. This lack of reporting is making it very difficult to prosecute these criminals.

The companies deducting money from Pohl followed a similar modus operandi. “I was contacted by one of the fraudulent debiting companies to credit my account. They basically apologised and said it was an internal administrative fault. They are the second company to phone and apologise but the first one has not paid me back any funds yet and that was two months ago. I did ask both companies how they got hold of my details and neither could answer.”

Pohl says he was told by an Absa staff member that his account details had been compromised by a staff member, however Absa disputes this. “Absa respectfully disclaims the allegations that client information was leaked internally,” says an Absa spokesperson.

Volker says they are aware that there are isolated instances where staff members working at the banks are responsible for selling customer information. Volker says however, in by far the majority of cases, these debit order lists are sold or “made available” by employees of commercial companies, trade unions or even government departments who use the debit order system to make membership deductions, collect fees, etc.

Volker says PASA has put systems in place to try and stop these syndicates and will also be reviewing the non-authenticated early debit orders (NAEDO) system which has been a perfect environment for syndicates to operate (see sidebar).

Since November 2013 PASA has taken 300 rogue users off the debit order system. “We are cleaning up through a bad user system. Once a company has processed a debit order without a valid contract it is immediately removed from the system and we keep ID numbers of directors so that they cannot operate in a new company”.

Volker says even a single complaint from a customer can trigger a review process of a company. “We will ask the sponsoring bank to get the mandate from the beneficiary party. If they cannot provide a mandate they are considered a bad user and can no longer process debit orders”.

Volker says apart from actual complaints, PASA monitors the dispute ratios of all debit orders. If the ratio exceeds a certain level, PASA will investigate the company.

Unfortunately there is a certain level of debit order disputes in the system due to customers who have signed a mandate but then do not have the cash to cover the debit order. They dispute the debit order to prevent it going through.

The problem is getting the banks to report this information to PASA. Volker says unfortunately at branch level, it has been found in some cases that tellers and even branch managers do not know the rules, so it is important that you know your rights (see below) and contact PASA directly if you have a valid dispute and your bank is not forthcoming. It is also advisable to contact the Banking Ombudsman in the event that a dispute remains unresolved.

The good news is that if you know your rights and are prepared to challenge the bank, the bank is one hundred percent liable for any debit orders that were authorised without a valid mandate. “Protection to the consumer is unlimited unless there is a valid signed mandate,” says Volker.

Volker says a customer has an absolute right to demand their money back unless the bank can produce a valid mandate.

If you dispute the debit order after 40 days, then the bank has 30 days in which to respond; if they have not responded by then, all debit-order deductions must be returned to the account holder. If the company no longer exists, the sponsoring bank will have to carry the financial loss.

This becomes slightly problematic for the bank. If a company does not have a valid mandate, the bank would stop all future debit orders on instruction from their customer. This is called a Stop Payment (not to be confused with a Stop Order). The problem is that fraudsters can be very resourceful and exploit weaknesses in the system. Changing the details on a debit order, such as the amount, prevents the system from picking it up and the debit order may go through anyway. The bank would however have to refund it immediately.

If you signed a debit order and then cancelled it, you need to prove that you have cancelled it. It becomes a legal dispute between you and the company – not the bank.

Absa says according to the current Electronic Funds Transfer (EFT) Payment Instructions and Non-Authenticated Early Debit Order (NAEDO) Payment Instructions clearing rules, clients can only dispute debit orders “at the branch of the Homing Participant” (i.e. the cardholder’s bank on which the debit was collected).  The customer cannot reverse the debit order online or telephonically; they have to be present in the branch in order to complete and sign a dispute form.

What you can do

While banks are responsible for ensuring your money is safe, we need to be more proactive to assist them in flushing out the criminals: