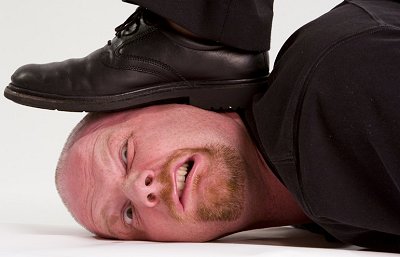 I recently undertook an exercise to see how much my monthly bills had gone up over the last few years and was shocked to discover that our household was spending nearly double on groceries than we had four years ago.

At first I was in denial – I thought I had simply lost control of our food budget and was clearly spending too much on luxuries. So I spent a month being very frugal – looking out for specials, avoiding Woolworths’ expensive fruit and vegetables, and finding creative ways to cook for less.

After a month of careful budgeting I was faced with the reality that food was now costing us 80 percent more than four years ago. A quick survey of friends and interactions on Twitter confirmed that everyone else was facing similar increases – some people even reporting a 100 percent increase in groceries.

Over the same period petrol has increased by 80 percent and electricity has more than doubled. My children’s school fees have risen by an average of 11 percent a year, rising 50 percent over that time. The only thing that has not increased in double digits each year is our household income! It’s not surprising that our household, like all others, is feeling the squeeze.

According to the Reserve Bank, the average middle-class family spends nearly half of its budget on food, transport costs and electricity, and in the last four years, the cost of that portion of the budget has increased by around 80% while the average salary has only increased by 40% – that’s a funding gap of 40%.

It’s perhaps not surprising then, that many households are falling further and further into a debt trap. “People are struggling to pay for basic necessities such as transport, food, electricity, education and water, and are resorting to buying these items on credit. Upper-middle income earning South African consumers with secured assets such as home loans and vehicles are starting to feel the pinch and will eventually begin to default on their payments,” says Ian Wason, chief executive of Debtbusters, which saw an 85% increase in the amount of debt counselling applications last year. Figures from the National Credit Regulator (NCR) show that the number of impaired credit accounts rose by 2.2 million last year – and there are no signs of this slowing down. Wason says applications for debt counselling already are up 30% this year.

On average, DebtBusters’ clients spend more than 100% of their net income repaying their debt, excluding living expenses, when applying for debt counselling. This is up from 85% in January 2013, largely due to ‘payday loans’.

Santie Schindehutte, a mediation manager at the National Debt Mediation Association (NDMA), says payday loans are becoming increasingly popular. “This is where people take a short term loan for R1 000 to R3 000 to tide them over till pay day but then they simply access the short-term loan facility again, keeping themselves in debt,” she explains. It is not dissimilar to consumers who are using store cards to buy groceries on credit and eventually are unable to afford their store card repayments.

Schindehutte points out that accessing credit through personal, unsecured loans is not the answer. “In three to six months, these consumers are in the same position of not being able to make ends meet and are also no longer able to access any credit,” she says.

With such pressure on households we have to find ways to preserve the little money we do have to meet our needs:

Historically, bulk buying was cheaper and many consumers still believe that if they buy a product in bulk it will cost them less per unit. However that is no longer the case; it is the most popular package size that tends to be better priced. So always check the unit price labels provided by most major retailers. Comparing what you’re paying per unit is one way to compare like with like. We changed our washing powder, for example, based on this analysis.

Schindehutte advises that you revise your budget and cut out luxuries until you are able to manage your expenses. “Get rid of the second cellphone, disconnect the satellite television subscription for a few months and use that time to pay off your credit so that you free up cash in your budget to pay for necessities,” she says.

Debtbusters says if rental is becoming unaffordable and you are close to the end of a rental lease, find a cheaper place to live. Consider moving in with family or friends to reduce your accommodation costs while you work on improving your finances. Check if your lease allows you to sub-let. You can get a flatmate to share the rent. If you are a homeowner, you can rent out an extra room in your house.

Find out if your local municipality offers free energy audits. This will help you identify if there are problem areas where you can reduce energy costs. Use fans instead of an air conditioner to cool your home and hang up clothes to dry instead of using a tumble dryer. Not only is this less expensive but hot air wears out your clothes more quickly. If you need to replace your washing machine get a front-loader that will save you up to 50% on electricity costs as well as save water.

The average smoker buys a pack every two days at an average of R24. That works out to R4 368 a year for 10 cigarettes a day. Kick the habit, save money and improve your health. If you have been smoke-free for at least a year, you can also ask your life assurer to review your insurance premiums on the basis of improved health risk.