By Oliver Charles Phipps, FISA member and Solicitor in England with Lester Aldridge 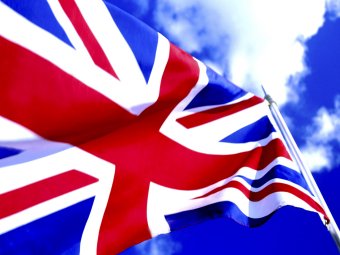 It is quite common for an individual in South Africa to own a bank account which is registered in the British Isles. This may be because he or she originated from the British Isles or the account may have been opened for investment purposes.

If an individual is married, in a civil partnership or co-habiting with a partner, it is also common for bank accounts in the British Isles to be placed into the joint names of the two parties. One of the key estate planning advantages of doing this is that when one of the parties dies the bank account would pass into the surviving party’s name automatically. This would then avoid the need for the deceased’s executor being obliged to conduct a court procedure (known in England as probate) to obtain the authority to administer the account, as would be necessary if the account was in the sole name of the deceased.

It can also be the case that people will attempt to avoid a future court procedure on their demise by placing bank accounts in the British Isles into joint names with a third party, child or other family member. However, there are many pitfalls associated with this type of estate planning and trouble can lie ahead where the legal and practical implications of doing this are not understood. The following case studies illustrate the problems that can arise.

Alfie and Marjorie are married and have two children: Mornay, who enjoys the high life and Liezl, who is in a rocky marriage. Alfie and Marjorie wish to pass their estates to their children equally when they die. They have a joint bank account in England and they believe that it would be good estate planning to add both of their children’s names to the bank account. This way, when the survivor dies, the account will automatically pass into the names of the children without a court procedure. The potential problems associated with this kind of planning are as follows:

This case study is designed to illustrate how the English courts may approach a dispute over the ownership of a joint account.

Hilary, a single parent living in South Africa, owns a bank account in England. She has two children: Johann and Grant. Johann is studying in England and Grant is working in South Africa. Hilary decides to add Johann’s name to the account so that he can withdraw a small amount of funds to assist with his studying. When Hilary dies, despite the fact that her Will leaves her estate to Johann and Grant equally, the joint bank account in England passes into the sole name of Johann who then argues that he should be the sole beneficiary of the account as he is now the sole legal owner. Grant argues that he should be entitled to an equal share of the account and commences litigation in England.

English common law provides that where one person places an account into joint names, there is a presumption that the provider of the funds does not intend to make a gift of the funds, unless perhaps if the co-account holder is a spouse, civil partner or co-habitee. In Hilary’s case, there would be a presumption that the funds belong to her estate. So despite the joint account now being in the sole name of Johann, he would be considered as holding the funds as a nominee for Hilary’s estate. This presumption could be rebutted in one of two ways:

The English court will look at the intentions of the parties at the time of opening a joint account or converting a sole account to a joint account. If there was no evidence that Hilary had intended to gift the funds in the account to Johann, it is likely that the English courts would hold that the joint account should pass in accordance with Hilary’s Will, which would be interpreted in accordance with the law of Hilary’s last domicile at death (South Africa).

The examples above are designed to illustrate the importance of seeking sound estate planning advice for offshore bank accounts. In addition, the issues that have been discussed for bank accounts may also be applicable to jointly owned investments registered in the British Isles. It is always advisable to consult a professional to advise on the legal implications.