The truth about retirement reform

Setting the record straight in terms of how the government’s proposed retirement reforms will affect you. 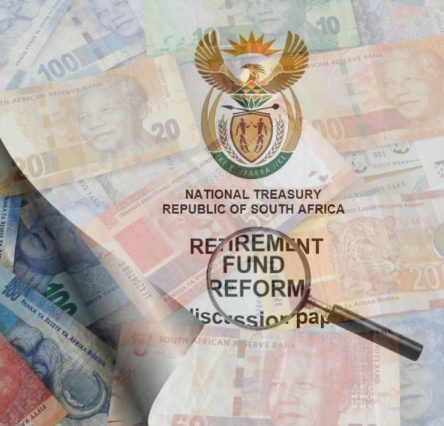 Over the last few weeks vested interests have tried to create fear and confusion around the proposed retirement reform. Between unions flexing their political muscle and alternative investment products trying to convince people not to use retirement products, South Africans hoping to make provision for their retirement have been left in a mire of confusion. So it is worth going back to the facts.

Retirement reform will not increase costs

A property investment company issued a press release warning of higher costs for retirement funding due to the reforms. This is blatantly false – if anything these reforms will lower costs. Firstly National Treasury is investigating the cost drivers behind retirement funds and could even mandate the maximum fees that can be charged. Secondly, as more people enter the retirement net and more people preserve, so costs will be reduced due to economies of scale.

Only limited preservation will apply

Only around 3% of people preserve money for their retirement and this is having a serious impact on their ability to retire comfortably. Rather than opting for a 100% compulsory preservation, however, National Treasury is looking at measures to encourage people to preserve their company retirement funds when changing jobs by providing better information to members as well as automatic defaults which would make it easier and less expensive to preserve funds.

As a result of rumours doing the rounds that government is trying to nationalise pension fund assets, National Treasury issued a statement that “government is not proposing that people’s current and new retirement savings be kept, saved or preserved with Government (construed as “nationalisation”) or be used to fund Government projects (referred to as “prescribed assets”).”

Government is still consulting the public on preservation of retirement funds and any legislation is only expected to come into force in the next two years.

None of these changes affect your current retirement savings

Due to mis-information, many people are considering cashing in their retirement funds now in the fear that they will not be able to access them in the future. This is not true as all funds accumulated to date will not be subject to the new rules. Any change to retirement fund rules will only apply to future contributions and will not affect any existing retirement savings – this is called “protection of vested rights.”