Abuse within the credit insurance industry has led to an investigation by National Treasury into the practices of credit providers selling credit life to customers. 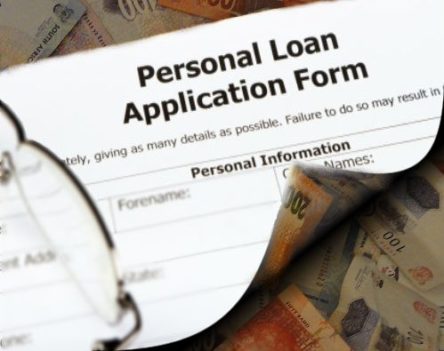 If you have borrowed money, whether it be through a furniture retailer, micro-lender or a bank, you will most likely have credit insurance. This is because the National Credit Act allows a credit provider to charge for credit insurance when providing you with a loan. This insurance would be used to settle the debt should the borrower die or become ill.

Unfortunately, however, unscrupulous lenders are using it to circumvent the limit on fees and interest rates placed on them by the National Credit Act by charging excessive rates for credit insurance. In 2012 alone, premiums of approximately R16bn were paid by borrowers for credit insurance.

In its Technical review of the consumer credit insurance market South Africa, National Treasury found that in general the rates charged for credit life were around ten times higher than for standalone life covers such as funeral cover, with commissions paid to sales consultants as high as 40% of the total premium paid.

The furniture retailers were by far the most expensive in terms of cover, with credit insurance costs on average making up 15.6% of the total cost of loans compared to 4% for personal loans.

They also found that although theoretically customers are entitled to shop around for cover or cede existing cover, this was not always easy to do. The lender would often place restrictions on the type of cover they would accept, thereby limiting the customer’s options and forcing them to take the insurance through the credit provider.

National Treasury also found that claims made on credit life policies were less than half that experienced in standalone life insurance products (20% vs 45%) which suggests that few people actually understand that they have taken out credit insurance or how to claim.

Dr Reshma Sheoraj, National Treasury’s director of insurance, is heading up the consultation process on credit insurance and says these findings suggest that “credit insurance serves the credit provider rather than the customer.”

In 2013 FinMark Trust commissioned research on credit insurance through research house Cenfri. The research was conducted through mystery shopping which analysed quotations from credit providers offering credit insurance as well as comparing advertising in printed media. Interviews with customers who had taken out loans with credit insurance were also conducted.

The research found that credit providers encouraged people to buy up to the maximum their credit rating would allow and that 89% of people interviewed said that credit was easy to obtain.

The researchers also found that basic requirements under the National Credit Act were not met, with 26% of furniture retailers and 15% of micro-lenders not asking for bank statements. Furthermore, nearly 30% of furniture retailers and 48% of micro-lenders did not undertake an affordability assessment. The researchers also found a lack of transparency when it came to providing the total cost of credit with the full costs only disclosed after the customer had accepted the quote.

Of the mystery shoppers, only 21 out of the 35 (60%) were given details of the credit insurance they were required to take out and only five were told they could shop around or use exiting cover.

Interviews with people who had taken out loans found that they had little awareness around credit insurance and saw it simply as “just another finance charge”. Researchers found that most consumers were so focused on buying the item they wanted, and whether their loan would be approved, that they didn’t bother to ask questions about the total cost.

FinMark’s researchers found that credit insurance costs typically made up 50% of the initial credit value and 20% of the total repayable amount. The details of the policy were usually not properly disclosed, with only 32% told about how to lodge a claim. Only 15% of customers were told about commission or fees.

FinMark’s findings suggest that despite laws to protect consumers, very little of this protection is experienced in reality. The findings suggest that more information will not necessarily lead to better decisions, as people suffer from decision fatigue. What is required is a simpler, more regulated environment where consumers who are less financially literate can trust the products they are offered and make easier comparisons. Products need to be easy to understand without pages and pages of disclosure which make comparisons difficult.

National Treasury is looking at several options to curb the abuses in this market:

Capped rates: This would be in the form of a cap on the maximum an insurer can charge for specific cover or through a cap on the total cost of a loan versus the current model where there is only a cap on interest rates and services fees.

Self-insure: There is also a proposal for credit providers to insure the risk themselves (Capitec already follows this model). This would be a cost borne by the credit provider which they would then build into the cost of the loan possibly through higher interest rates. The benefit of this model is that it would be far easier for a customer to compare quotes between credit providers as the cover would be standardised. This would, however, require a lifting of the interest-rate cap on short-term loans.

Better advice: All consultants selling credit life would have to be FAIS compliant and therefore be held responsible for the product that they sold. They would have to produce proper records of advice and could be penalised under the FAIS Act if they do not comply.