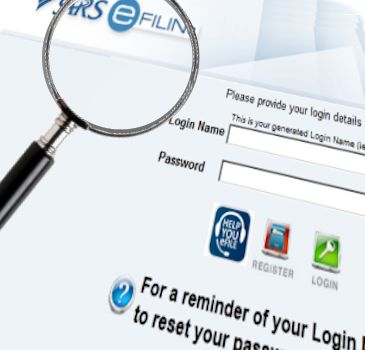 Concerns about SARS eFiling have been raised in the first annual report issued by the Office of the Tax Ombud. In several cases bank details were changed on the eFiling system resulting in a refunds being paid into a third-party bank account. In other cases fraudulent eFiling profiles were opened under tax payers’ names resulting in fraudulent Income Tax returns submitted and fraudulent refunds.

The report also highlights problems with identify theft, for example in one case the taxpayer was a victim of identity theft where the fraudster submitted a fraudulent 2010 tax return in the name of the taxpayer. This return resulted in a duplicate 2010 assessment and fraudulent documentation for a new bank account was submitted at a SARS office in order to secure the refund.

According to the report, in response to this investigation by the Tax Ombud, SARS has improved the process of bank detail validation to ensure that only the taxpayer or the authorised representative can request changes to banking details.

“SARS takes the security of its eFiling system very seriously and any weaknesses identified are closed as quickly as possible,” says Adrian Lackay, spokesperson for SARS who adds that as with other financial institutions, SARS faces a continuous barrage of attempts to defraud it.

Changes made in eFiling systems

Lackay says a small number of cases of security weaknesses relating to the eFiling system were reported to the Tax Ombud out of the millions of electronic transactions processed annually by SARS eFiling. “In all the identified cases, SARS has resolved the matters and the taxpayers concerned have not suffered any loss. The risks identified by these cases led to SARS making changes in its systems to prevent similar frauds from reoccurring.”

Lackay says this has included the process that changes in bank details are validated with the banks to ensure the accounts belong to the taxpayer to whom the refund is being paid. Where SARS is unable to validate such information, the taxpayer is required to visit a SARS branch. SARS processes have been further improved through the introduction of the Tax Practitioner verification and registration as well as the introduction of the Single Registration Process.

“SARS can assure all taxpayers that eFiling is secure and that SARS will continuously monitor all risks and make the necessary changes to the system to ensure the integrity of all taxpayer data,” says Lackay.

Other systemic concerns raised by the Ombud were around the incorrect classification of taxpayers as provisional taxpayers, resulting in penalties and interest being incorrectly charged, as well as a lack of procedures to register only liable taxpayers. The report raised this as an ongoing issue: “this is an automated process which should be reconsidered as penalties and interest are levied daily on unsuspecting taxpayers who are not provisional taxpayers. The system problem has been going on for years, and has still not been corrected.”

The Ombud also ruled on other procedural issues where information was incorrectly captured resulting in errors on amounts taxed or funds erroneously withdrawn from bank accounts.