You are Here > Home > Financial planning > Too young to get ill?

Too young to get ill?

A person under the age of 35 is more likely to claim for income protection or disability than death. While life cover may not be a priority, protecting your future income should be. 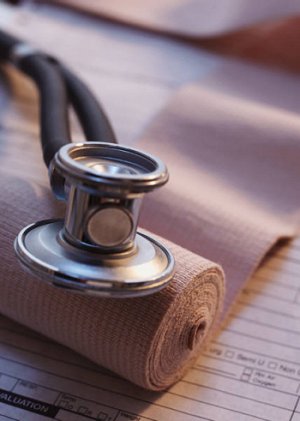 When Greg, aged 35, was rushed to hospital after a virus attacked his heart, it gave him a serious wake-up call.

The attack came out of the blue. For all intents and purposes he was healthy and fit, with no cholesterol or blood pressure problems, yet he contracted pericarditis, an inflammation of the sac-like membrane surrounding the heart. In this case it was caused by a virus – there was no genetic disposition or any health reasons why it happened.

“I was in good health but I was under major stress. I work for a company that puts on live events and the show must always go on. It is a highly stressful environment,” explains Greg.

At that stage Greg had no long-term insurance such as critical illness, income protection or life cover. If he had died he would have left his wife a single mother with no financial support for herself or their newborn child.

Greg did however have good medical cover – although that too was a stroke of luck. With a child on the way, the cost of his wife’s fully comprehensive medical cover was going to become too expensive for the family of three. As Greg was in excellent health and had only ever seen a doctor once in the last 15 years he had decided to downgrade to a hospital plan. As he was changing cover, a standard three-month waiting period on claims would have applied, but fortunately he had not yet made the change when the virus struck.

“I was very lucky, all the bills were covered. If I had to pay the R93 000 worth of hospital bills I would have been sunk financially. My wife also landed up in the emergency room as her blood pressure had dropped. We had enough stress with me in hospital and a baby on the way that we didn’t need any financial stress on top of that,” says Greg, who has subsequently decided to remain on his wife’s medical plan.

The financial issues came after Greg left the hospital. Firstly his medication of R1 000 per month was not covered from the medical scheme’s chronic care, so it came directly out of his day-to-day savings. With a child on the way and knowing the costs of pediatric bills, Greg did not want to deplete the savings and chose to pay for his medication from his own pocket.

Greg also needed to go for counseling to help him come to terms with what had happened and also to help him manage his life going forward to reduce stress. His condition can take many years to recover from and any form of stress can trigger another attack. A month after his son was born he had a relapse and had to be rushed to hospital.

“It was a big eye-opener, and maybe the wake-up call I needed. For many years I had not given my body the respect it deserved and often worked 24-hour shifts. Now there are more important things than my job – I don’t want my wife to be a single mother or my son to be raised without a father,” says Greg.

Again Greg paid the R3 000 worth of counseling bills out of his own pocket so as not to impact their medical savings.

Three years earlier Greg had been working for his own business but was fortunately now working for a company who supported him for the three weeks of sick leave.

“If I had been still working for myself it would have been a financial nightmare. There are two different types of stress – positive stress when you are working flat out and then negative stress when it comes to worrying about the finances of your own business. At least I didn’t have that stress as well,” says Greg.

When you are in your 20s or early 30s – and especially if you have not yet started a family – insurance cover can seem like a waste of money. This is a time in your life when you are starting to accumulate assets and want to focus on buying a home or starting your own business. There are so many demands on your pocket that insurance is one box that does not get ticked. Yet younger people are more likely to claim for disability or critical illness than for death. According to Liberty’s 2013 claim statistics, more than half of all policy-holders who claimed for critical illness cover were under the age of 45. The statistics suggest an increase in illness in younger people and like Greg’s experience, much is attributed to stress levels. Conditions such as cancer, heart attacks and autoimmune disorders are more likely when stress levels are high.

What cover do you need?

Critical illness: If Greg had had critical illness cover he could have used the payment to cover his medication and therapy costs as well as paying off any short-term debt, thereby further reducing any stress as a result of financial difficulty. This can also be used to make any other necessary non-medical, lifestyle changes.

Income protection: Although Greg’s company continued to pay his salary, if he had been self-employed then income protection insurance would have paid him his salary while he was unable to work. This is especially relevant if you have to take more than a month off work for recovery.

Life cover: If Greg had died as a result of his attack, life cover would have provided for his child’s education as well as financial support for his wife.

What it would cost

Although premiums would depend on the individual’s risk factors, as a general indicator, R1 million life cover, R1 million critical illness cover and R25 000 temporary income protection for a 35-year-old could be obtained for less than R500 per month.