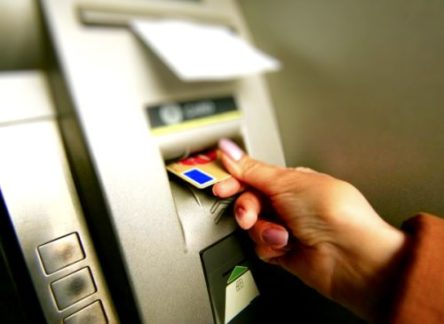 Sidwell contacted me after money had been taken from his bank account. His bank refused to refund him after his card had been swallowed while drawing money from an ATM. In the ten minutes it took him to contact the bank, his card had already been used and money withdrawn from his account.

At the time Sidwell was under the impression that it was his card that had been swallowed by the ATM, but like a magic trick, the sleight of hand had already happened.

Kalyani Pillay, CEO of Sabric (South African Banking Risk Information Centre) says card swopping usually happens when a bank client gets distracted by a stranger while transacting at the ATM, and their card gets swopped out with another card.

“Usually the criminal advises the bank customer that something is wrong with the machine and through distracting them with offers to assist, they get hold of the card and swop it with another one”.

The criminal then obtains the card holder’s PIN through shoulder surfing (looking over the shoulder of the bank client, while they are typing in their PIN number). “Of course the transaction won’t go through as the incorrect card is in the ATM and the bank client then leaves the ATM not being able to get any money,” says Pillay who explains that then the criminal unlawfully uses the stolen card and PIN to withdraw money from the victim’s account, usually from an ATM close by.

Another reader, Bryan, had a similar experience but he was more fortunate than Sidwell as the ATM had cameras which could confirm the incident.

“While I was drawing cash from an ATM, a man attempted to “help” me by showing me where to insert my card in the ATM. I was very aware of him and was suspicious of his actions but as I still had my card in my hand I went ahead with the transaction, and then my card was swallowed by the ATM,’” says Bryan. It was only at that point that he realised his card must have been swopped without him even realising it. By the time Bryan called the bank a few minutes later, his card had already been used at an ATM across the road.

While Bryan was able to prove his version of events through cameras, in Sidwell’s case the bank had no way of confirming this story. From their point of view, Sidwell had drawn cash from an ATM using his PIN and then called ten minutes later to say his card had been stolen. It is important to realise that you, not the bank, carry the risk of someone swopping your card at an ATM. The onus is on you to prove your case, so make sure to take precautions when drawing cash.

Protect yourself from ATM fraud