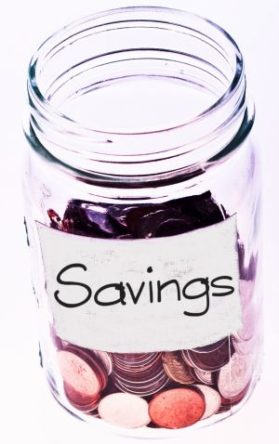 According to the National Development Plan (NDP), the South African economy needs to grow by 5.4% or more to create enough jobs to redress inequality and resolve the country’s stubbornly high unemployment rate. In order to reach and sustain this target, South Africa needs to find investment that amounts to at least 25% of GDP. “Investment is the best fuel for inclusive, sustainable economic growth in this country and investment spending has only one source of funding, namely saving,” says Prof. Adrian Saville from the Gordon Institute of Business Science (GIBS).

Many South Africans could be forgiven for thinking they have no role to play here, with the assumption being that this growth needs to be predominantly generated by the corporate sector. The macroeconomic effects of non-saving is just one of the areas being researched by Investec, in collaboration with GIBS.

South Africa’s prolonged savings crisis has resulted in National Treasury’s implementation of the new tax-free savings account – an initiative aimed at fostering a savings culture among a population widely reliant on debt to fund consumption spending. “With pension fund reform appearing to be on the back-burner for now, time really is of the essence for South Africans hoping to prepare sufficiently for retirement,” says René Grobler, Head of Investec Cash Investments. But the repercussions for improved household savings levels go well beyond the individual and ultimately, could impact the entire economy.

So where does the buck stop?

South Africa’s public sector is a large dis-saver, explained by this country’s persistent national budget deficit. Add to this the fact that the government’s development objectives mean that budget surpluses are unlikely, it’s clear that the public sector won’t be a contributor to South Africa’s saving any time in the foreseeable future.

This leaves the private sector, made up of households and firms, to contribute to domestic saving. According to Saville, the business sector is already saving to its full extent, so the onus is on South African households, where a massive opportunity exists. “We need an investment rate equal to at least 25% of GDP if we are to achieve sustained higher economic growth. Yet, as things stand, the South African economy’s savings rate is 10% shy of this number. Currently, in aggregate, households contribute nothing to aggregate saving, so if we are to close down that deficit by finding the missing 10%, it’s households we need to target,” he explains.

Changing a culture is the silver bullet

For South Africa’s lower-income earners, saving is perhaps not a priority due to a perceived inability to afford a particular standard of living. Interestingly however, other developing markets have managed to overcome this. While there are other contributing economic factors such as an individual’s level of income, their employment record and even the number of children they have, the ongoing Investec-GIBS research suggests that one of the biggest explainers of the level of saving across countries is determined by the culture of saving.

“Low-income economies such as Bangladesh have achieved high savings rates. This is in stark contrast to South Africa’s household sector, where the focus is on spending. We only need to look to the extent to which micro-lenders have thrived in our economy to give us an indication of our culture of spending,” Saville says.

According to Grobler, having a clear savings goal in mind and using a product that is easy to understand are critical elements in staying motivated. “Being a good saver really takes discipline. In order to stay on track and not get swayed by impulse purchases and non-essential spending, you need to remind yourself of why you’re saving in the first place.”

Saville adds, “The first act of saving will then encourage the second act of saving, eventually creating a behavioral bias as we start to see this accumulation of funds. People then get into the habit of wanting to preserve, protect and build their savings, which translates into household wealth across all income groups.”

Time alone will tell if National Treasury’s tax-free savings plan will provide the nudge South Africans clearly need. “The important thing is that it’s a step in the right direction. We no doubt need more initiatives like the tax-free savings account but it’s a positive start and our hope is that clients will exercise the restraint required to leave their investment for the full term in order to reap the most benefit,” says Grobler.

As one of the first banks to offer a tax-free savings account from 1 March, Investec Cash Investments has already seen an optimistic take-up of the new account.