The high cost of death

Why death is killing us financially 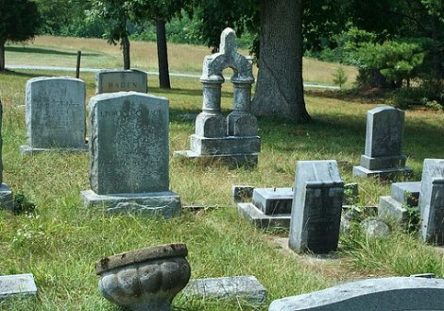 “Around 85% of people’s debt problems start with a death in the family,” says debt counsellor Deborah Solomon. Despite a relatively high penetration of funeral policies, Solomon says the cost of death in families is plunging many middle- to lower-income earners into debt spirals from which they cannot escape.

“It is not only the cost of the funeral, but the expatriation of the body and looking after the dependants when a breadwinner dies that is creating a financial burden,” says Solomon.

Yet when one looks at the figures around insurance coverage in South Africa, the highest coverage is for funerals.

In the FinScope Survey, conducted by FinMark Trust, an independent trust which focuses on financial access for the poor, researchers found that after meeting basic survival needs like food and water, the biggest financial priority for lower-income earners is the ability to provide a funeral and proper sendoff to loved ones. This is a priority ahead of even education.

FinMark Trust also found that people tend to belong to multiple burial societies to ensure coverage of all family members. It is estimated that around 23.4 million people, or 64% of the population, have some form of funeral cover in their name or covered by someone else, either through a burial society or a formal policy.

It’s not surprising then that financial advisors and debt counsellors argue that the amount spent on funeral cover is excessive and at the cost of other savings goals like education, retirement and even debt repayments.

So why, if funeral insurance is such a priority with high levels of contributions, are we seeing people becoming indebted due to a death in the family?

Solomon says often the funeral cover is just not sufficient to cover the costs. “If a senior member of the family passes away the funeral has to be in line with his position within his family and culture. Those costs can be as high as R50 000 to R60 000.”

Financial adviser and director of Inspire Belief, Frank Magwegwe, says the amount spent on funerals is a concern with “big dignified funerals” becoming the norm as people view a small intimate funeral as undignified and showing that the family of the deceased doesn’t have money. “Funerals also attract many people because of the cultural view that ‘Unless you come to my funeral, I won’t come to yours’,” says Magwegwe, who adds that there is also the social pressure associated with the “after tears” party that continues long after the burial. “In townships, slowly, this party has become an aspect of the culture.”

A typical funeral policy payout would be in the region of R25 000 which would only be sufficient to purchase the coffin and to pay for the storage and transportation of the body. Other costs such as providing food, a sacrificial cow and tombstone often have to be funded from other forms of savings or from debt.

Members of burial societies may also find that the money paid out does not come close to covering the expenses. Matome, who was interviewed as part of the research conducted by FinScope, found that when his father passed away, the burial society only managed to provide R3 000 for the coffin. Matome ended up putting in an extra R7 000 to get his father a ‘decent coffin’.

A research paper entitled Paying the Piper: The High Cost of Funerals in South Africa found that on average, households spend the equivalent of a year’s income on an adult funeral. Around a quarter of the funeral costs were covered by formal or informal insurance cover but the rest was usually a result of taking on debt.

The authors, Anne Case Anu Garrib, Alicia Menendez and Analia Olgiati argue that the increased mortality rate of economically active South Africans, primarily due to the impact of AIDS, is a major cause of financial pressure around funerals.

“In Southern Africa, social norms surrounding funerals were set at a time when most people died either in early childhood, where a simple funeral was held, or in old age, when burial-society or funeral-policy contributions could help reduce the financial strain on the household.” But the AIDS crisis has changed the mortality pattern in Southern Africa, with life expectancy among women falling by 12 years and men by 14 years.

“This increase in mortality in middle age can lead to economic hardship for households that experience a death, if those who die do not have burial policies and if norms of what constitutes an appropriate funeral do not change to reflect the change in mortality patterns.”

The authors raise the concern that many households that bury members who die in middle age may find themselves less able to build longer-term financial stability to finance schooling and even to provide adequate nutrition and a healthy environment within which to raise children.

This was the experience for Veronica, a domestic worker in Cape Town, who found herself not only responsible for burying her brother but also for raising his two children. She was forced to find R12 000 to transport his body home – most of this was obtained through loans. So in addition to now being financially responsible for his two young children, she also has to find the funds to repay the loan.

Natalie, aged 41, told researchers at FinMark Trust that she has been left with six orphaned grandchildren, since three of her six children have passed away. She relies on her part-time cleaning job which pays R1 500 per month and her foster care grant of R1 500 to provide for her grandchildren. Her monthly expenses are R500 more than she earns and she survives on revolving credit. Although

Natalie has been trying to pay back parts of her loans, she estimates that the amount owed to banks still exceeds R27 000. Natalie is currently paying R1 200 per month to cover minimum payments and interest.

How to prevent death from becoming a debt trap

Frank Magwegwe says one of the main reasons people find themselves in debt as a result of a death is due to a lack of financial planning. He makes the following suggestions before buying a policy: