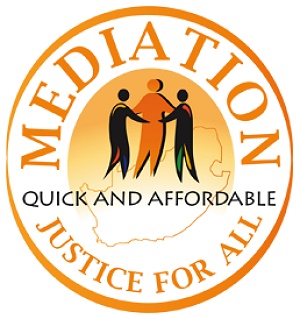 Consumers in Gauteng and the North West who are not able to pay their debts and who are being taken to court by credit providers can now request the magistrate to refer the matter to court mediation. Magistrates will also encourage parties to go for mediation on any civil matter within the court’s jurisdiction.

As part of a pilot project launched in February this year, to introduce mediation in the courts, the Department of Justice established ‘Therisano Centres’ and appointed Clerks of Courts to manage requests for mediation in 12 courts in the Gauteng and the North West provinces. The designated district and regional courts in Gauteng are in Johannesburg, Protea, Randburg, Krugersdorp, Kagiso, Palm Ridge, Sebokeng, Pretoria North and Soshanguve. The designated courts in the North West are in Mmabatho, Temba and Potchefstroom.

The mediation service provides an alternative dispute resolution (ADR) mechanism, which allows for a negotiated settlement at a reduced cost. When there is a dispute between you and your creditors, a court-appointed mediator will facilitate discussions, assist in identifying issues and explore areas of compromise at a cheaper and fixed tariff.

The court mediation rules issued by the Department of Justice indicate that you can opt for mediation at any stage prior to or after litigation but where no judgment has taken place. It is important to note that if a credit provider has already obtained a judgment against you, you can still approach the National Debt Mediation Association for mediation assistance.

To request mediation, you can approach the mediation clerk in the civil section at the Magistrate’s Court which has jurisdiction in respect of the dispute. The clerk will arrange for you to attend a meeting to assess whether your dispute can be submitted to a mediator. Mediation will be rendered at dedicated Therisano Centre rooms.