It was only when Patricia received a call from Wonga’s head of communications that she realised she had been the unwitting victim of a phising scam that has so far conned over 200 people into parting with their money. 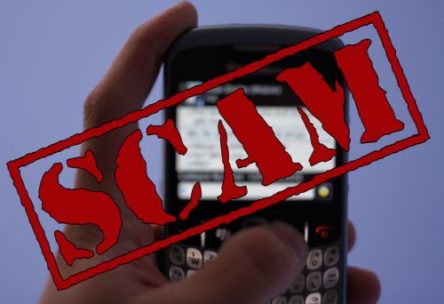 Two weeks ago Patricia received an SMS from – what she believed to be – short-term lending company Wonga.com.

In response to the SMS she emailed her details and the amount she wanted to borrow. She received an SMS confirming receipt of the email and an application form was emailed directly to her.

“It was very convincing, it had a proper letterhead with director names, registration numbers and even the FSB registration number,” says Patricia who adds that she only became suspicious when the company asked for her to pay an amount of R2 425 for ‘attorney fees’ in order to secure the R20 000 loan.

“I work in the financial industry and I had a funny feeling about paying the upfront fee as I hadn’t heard of that before, but then it made sense that it was for attorney fees,” says Patricia who adds that in one of the emails the company explained that they did not do ordinary bank loans but raise money from investors. Patricia thought that the administration fees could relate to the work done to find investors to fund the loan. Ironically it is also Wonga.com’s high-profile and extensive advertising that made Patricia more confident that the loan was above board as she had heard of the company.

Although a voice at the back of her mind was raising concerns, she paid the money into an Absa account and was told she would have the loan within 24 hours. Two days passed and she received another email saying that they required an additional R1 500. “When I saw this I phoned the number on the application form immediately and spoke to someone called Roberts Scott and told him it was illegal to charge an additional fee. He said it was a requirement but could I please put it in writing.”

Despite emailing her complaint all Patricia got in response was further emails asking urgently for the R1 500. “I became really suspicious when I realised that they were using a different bank account for the second payment,” says Patricia. She phoned Roberts Scott again, and told him she wanted to cancel the application and have her money refunded. “He said I would be re-imbursed, but that was the last time I heard from them.”

At this stage Patricia still believed she was dealing with Wonga.com and lodged a complaint on website HelloPeter.com. Two hours later, Wonga’s head of communications, Priscilla Urquhart, contacted her directly and told her about the scam where fraudsters posing as Wonga.com are conning people into paying for non-existent loans. One victim paid R24 000 to the syndicate in the belief they were applying for a R2 million loan.

The scam has been going on for several years but Urquhart says there has been a strong resurgence in recent months and a far broader base of individuals have been targeted. Wonga is receiving around 300 calls a week from people who have received the SMS. Wonga is aware of at least 200 victims but that figure could be much higher as these are only the reported cases.

This suggests that the syndicate has obtained a database of cellphone numbers allowing it to be far more prolific. Patricia says that since the Wonga.com SMS scam she is receiving multiple offers for loans from various companies – suggesting that the group may be operating several loan scams.

“The syndicate has certainly become more sophisticated using dormant bank accounts within banking institutions. The swiftness at which they are opening and closing these bank accounts shows the level of cunning and sophistication,” says Urquhart.

The modus operandi appears to differ depending on the financial sophistication of the potential victim. In the case of domestic worker Thomas, when he called the number on an SMS offering a “Wonga” loan, he spoke to a woman called Cindy. He provided his ID number and banking details and was offered a R15 000 loan if he made a deposit of R1 500.

In this case he was asked to do a money transfer via Shoprite Checkers and to SMS the code. The money was withdrawn at a Shoprite in Yeoville, Johannesburg.

He called Cindy again after he had not received the loan and was asked to pay a further R1 350. As he only had R600 left to his name he transferred this amount, again via Shoprite. He received an authentic-looking SMS that purported to come from Nedbank confirming that the loan amount of R15 000 would be transferred to his FNB account. No funds have ever materialized.

While individuals who have been scammed have no recourse with either the bank or with Wonga.com, Urquhart says Wonga.com is working with all the banks to try and find the perpetrators. “There was a breakthrough last year by working with companies tracking the various IP addresses and emails as well as the bank accounts. This information was handed to the police and the Hawks – we are doing all we can to help and assist,” says Urquhart.

Urquhart says it is important for the public to be aware that Wonga.com never does direct marketing and that existing clients would only receive marketing material if they selected to do so. Therefore any unsolicited SMSs or emails from Wonga.com are fraudulent.

Lucas Venter, Senior Manager: Analytic and Forensic Technology at Nedbank, says these type of scams are a version of an Advance Fee scam also known as a 419 scam. “If someone has been offered a loan and is asked to pay upfront fees they should always confirm the arrangements directly with the company concerned via their advertised call centre, not the one on the SMS. No company will ask for fees to be paid via a money transfer system,” says Venter.

Earlier this year the the South African Reserve Bank and the Financial Intelligence Centre released a statement calling on everyone with a bank account to ensure that their correct details and particulars were lodged with their respective banks to help protect bank customers from fraud, money laundering and similar crimes. “There are many criminals who try to steal bank customers’ identities, and offer products such as easy loans. Often these are scams designed to trick people into losing their money or their identities which then get used to commit further crime,” says a spokesperson for the Financial Intelligence Centre.

How to report the scam

Wonga.com is appealing to people to please notify them even if they have not acted on the SMS, as the more information they have the better they will be able to track the IP addresses and cellphone numbers and hopefully tighten the net over the syndicate.

If you have been a victim of the scam or received correspondence from the criminal syndicate please contact the Wonga.com fraud hotline on 0861-966-424 or on za.fraud@wonga.com.