You are Here > Borrowing > When a car becomes a debt trap

When a car becomes a debt trap

If you can no longer afford your car, it’s time to take action. Here are your options. 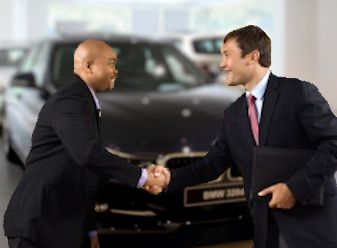 Lucky wrote to me to find out whether or not he should sell his BMW for a loss as the cost of the car is having serious consequences on his other financial commitments. Lucky’s story is similar to that of many readers who have written in to me recently because they simply cannot afford to keep their car on the road.

“I need to sort my finances out and I can’t keep up with the repayments. I am also worried that I may start to fall behind on payments,” says Lucky who two years ago, on the back of a salary increase, decided to buy a BMW 316 sport for R400 000.

If Lucky had followed the basic rules of car finance, which is that you should never finance a car for more than 60 months and never take a residual, his monthly repayments would have been R9 235.

Lucky would have realised very quickly that he couldn’t afford the car on his monthly salary. But captive car finance schemes – BMW Finance in this case – have a vested interest in getting you to spend as much as possible on the car and it’s not difficult to convince a customer, who really wants to drive the car of their dreams, to agree.

So they offer finance deals over extended periods with high residuals that appear to be “affordable” but which really lead to over-indebted car owners who either have to auction off the car to settle the debt or who suddenly find themselves a “BMW” client for life as they are forced to trade-in for a new car when they cannot pay the residual.

In Lucky’s case his car was financed over 72 months with a 15% residual. This reduced his monthly repayments to R7 600. Although it was a stretch, Lucky could just afford the repayments.

At this rate Lucky would be paying off his car for the next six years costing R607 000 in total.

If, like two-thirds of people who opt for a residual, he cannot not come up with the R60 000 residual payment at the end of the period, he would have to re-finance this amount for a further three years or trade in the car and get locked into another expensive car re-payment plan.

Even if Lucky understood and was prepared to accept the real cost of the loan, like many first-time car owners he was not fully aware of the running costs of a car. Lucky had not factored in that his expensive car with its big engine would cost him R2 500 per month in insurance and R1 300 in petrol. That means Lucky’s car is now costing him R11 400 – that is more than half of his take-home pay. This is a very expensive way to get to work each day!

Lucky clearly cannot afford to keep owning this car, but here comes the catch: he cannot sell the car for anywhere near what he owes on it.

This is the other problem with extended payment periods: your car depreciates at a far faster rate than the amount you are repaying. The longer your repayment period, the longer it takes to reach break-even point – where you can sell your car for what you owe.

In Lucky’s case, although he has been paying for the car for two years, he still owes around R390 000 and would only receive around R300 000 in a private sale. Lucky would need to finance the remaining R90 000 through a personal loan.

If Lucky sold the car and purchased a second-hand, entry-level, 1.4L engine-car for R100 000, this is how his finances would stack up:

Lucky would be saving a massive R3 800 per month by selling the BMW and be debt free within four years. If he invested just R2 000 of this saving per month in an investment account earning 10% pa, he would have R117 000 in four years – enough to buy another car with cash or to put down a substantial deposit.

It’s worth noting that this option is only available to Lucky because he has not yet fallen into arrears and so his credit record is not impaired. If he had fallen behind in payments it would be more difficult to get a personal loan or to purchase another car.

Cost of keeping your car on the road

Wesbank did some research into the increasing costs of keeping your car on the road. The figures explain why so many people are struggling to afford their cars. The reality is that today, given the high costs of fuel, running costs could be higher than your monthly instalment.

The research looked at the total cost of owning an entry-level car in 2007 compared to 2015, taking inflation into account. The actual instalments would be around R450 more each month. The cost of petrol would have increased by R1 000 a month, insurance an extra R500 per month and maintenance around R115 more a month. 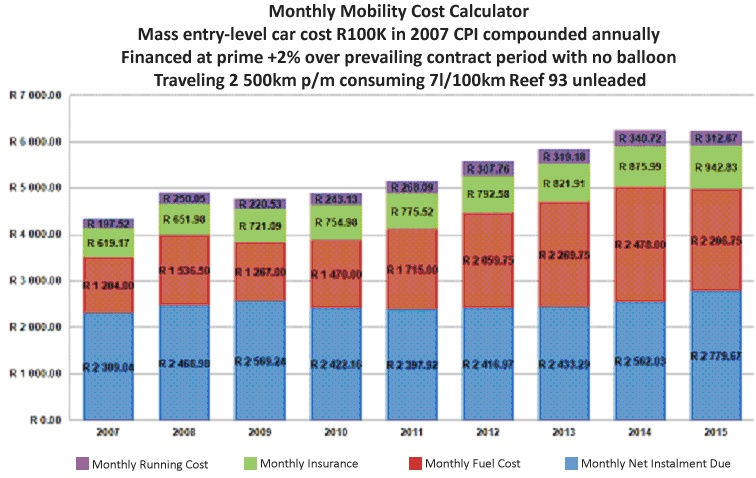