The developing field of “financial therapy” can help us understand the complex dynamics that inform our financial decision-making. 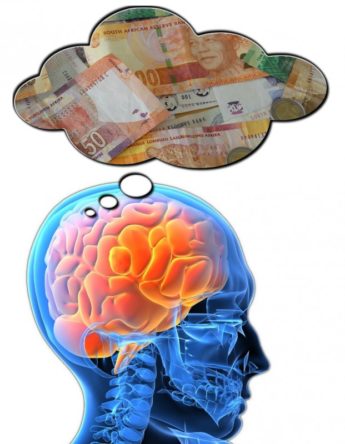 Americans love their psychological analysis approach to life. A cursory look at Amazon’s list of top-selling self-help books shows that there are more self-help books per capita targeted at the American audience than any other nationality. There are no fewer than 38 different 12-step programmes available somewhere in the US that can address the myriad of addictions that cripple the productive lives of any number of Americans. These range from such well-known programs as Alcoholics Anonymous and Narcotics Anonymous to the more attention-grabbing Emotions Anonymous, Underearners Anonymous, Gamers Anonymous, Pagans in Recovery and Clutterers Anonymous (who knew?).

In fact, there appear to be seven distinctly different 12-step programmes that target various forms of sexual addictions alone (again – who knew?). As such, one could be somewhat justified in thinking that the launch of a new academic journal called The Journal of Financial Therapy is yet another example of the predisposition of Americans to psychoanalyse just about everything in their lives.

But think again. We are only just beginning to understand the complex dynamics that inform our financial decision-making.

“Money matters are treated by civilized people in the same way as sexual matters: with inconsistency, prudishness and hypocrisy.”- Sigmund Freud

Recently, while in London, a visit with a friend who was just returning from a session at Debtors Anonymous proved to be eye-opening. In truth, this woman was actually quite affluent, with no debt problems. But her reason for seeking the support of Debtors Anonymous came from a different quarter. This was a programme that was expressly about helping people with their dysfunctional relationships with their finances – and not just with financial crises. Her problem? As an independent consultant, she found she was simply incapable of asking clients to pay her what her services were worth.

In many instances, poor financial decision-making may have little to do with financial literacy, access to money or income, or social pressures. It may be as simple (or rather, as complex) as an irrational response to a seemingly rational economic problem. The reasons for such suboptimal economic behaviour are often complex.

In last year’s Benefits Barometer we described in great detail how a simple concept such as perceived scarcity could massively impact an individual’s ability to make effective decisions. The conclusions drawn by behavioural economists Eldar Shafir and Sendil Mullainathan were that “when the mind becomes pre-occupied with one thing such as scarcity of funds, other abilities and skills – attention, self-control, and long-term planning – often suffer”. It’s worth repeating this message in this year’s Benefits Barometer because, as they reveal, “qualities often considered part of someone’s basic character – impulsive behaviour, poor performance in school, poor financial decisions – may in fact be products of a pervasive feeling of scarcity”.

“To put it bluntly”, says Mullainathan, “if I made you poor tomorrow, you’d probably start behaving in many of the same ways we associate with poor people.” You too would end up in a scarcity trap.

But there are other factors that also have a direct impact on how we engage with money and these are often rooted in our historical, family and social circumstances. Many of these factors relate directly to a person’s sense of self-worth or security or underdeveloped interpersonal skills. This is what we want to explore further here.

What we do know is that one of the greatest challenges faced by any exercise in financial planning, financial coaching, or even debt counselling is the lack of follow-through from the individual when presented with solutions or action plans. What needs to be done to change that dynamic?

While the literature is brimming with insights on what causes an individual to seek financial help, it has, until now, been relatively mute on the issue of why follow-through is often lacking. But recently the field of financial therapy is beginning to uncover some interesting linkages between financial anxiety, the physiological manifestation of stress in the presence of financial decision-making, and the inclination of the counselling candidate for either ’flight or fight’. Or – in the language of financial planners – the inclination of the candidate to either seize up and defer any action, or to properly engage with the problem being discussed. We discussed this point in considerable detail in Benefits Barometer 2014.

The reality is that most clients enter their adviser’s office with some sort of financial baggage. And while no one is perfectly rational when it comes to money, Amanda Clayman, a New York based financial therapist points out that highly anxious people often have a hard time building calm, deliberate money-management habits. “To act reasonably, you must first neutralise the effects of the stress – you can’t work through money challenges in the throes of anxiety because you aren’t thinking rationally.”

What exactly is a Financial Therapist?

This is where the role of a financial therapist comes in. Importantly, financial therapy involves almost none of the typical discussions that a financial planner would have with a client. It’s not about asking clients what their goals are, what matters to them, what it is they require from their finances. In fact, there’s very little reference to financial facts at all in the exchanges. Their challenge is to understand why the sub-optimal decision-making exists in the first place, and then identify ways in which the individual can use those insights to manage the dysfunctionality. Only when that is under control can the individual then move on to more cognitive, information-based solutions in financial planning.

So the financial therapist is more therapist than financial consultant. Their role is “to understand the stories we tell ourselves, true or not, about money.” Or, in the language of the field, our ‘money scripts’.