By Tanya Lochner, fiduciary specialist at Glacier by Sanlam

In the foreseeable future retirement annuities will no longer fall outside of your estate for estate duty purposes, so bear that in mind when you do your estate planning. 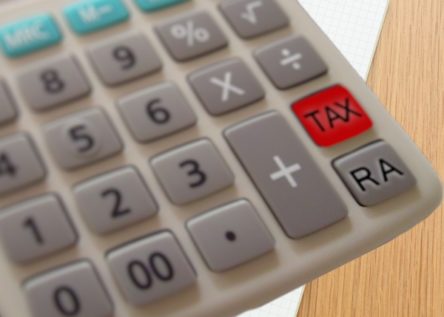 Since 2007, a retirement annuity (RA) has been a tax-favourable savings vehicle in that the lump sums were not subject to estate duty and executor fees.

A number of intermediaries advise their clients to put substantial amounts of money into a retirement annuity because the proceeds, no matter how large the amount, can go to their beneficiaries without being subject to estate duty. Clients can also contribute to an RA and retire (note that the minimum age of retirement from an RA is age 55) the very next year – in which case they will be allowed to take one third as a lump sum and not pay any income tax on that amount because of their contribution in the previous year that has not been deducted from income tax yet. The remaining disallowed portion can be deducted from the income generated in the annuity purchased with the remaining two thirds.

For these reasons, RAs are often used for tax planning purposes rather than as a retirement vehicle, which is traditionally how they should be used.

Let’s use an example: Sean contributes a lump sum of R50 million into an RA. When Sean passes away his beneficiary would be allowed to take the proceeds as a lump sum, or convert the proceeds into a life annuity or opt for a combination of both of these options. If the beneficiary chooses to convert a portion or the whole amount into an annuity, he will unfortunately not be able to deduct the remaining disallowed portion from the income generated in the annuity purchased. Sean’s estate, however, would also not be liable for estate duty on the RA.

The National Treasury intends to close this loophole and the proposal is to subject any disallowed portion that’s left on the day the client passes away, to estate duty. So if Sean contributed R50 million towards an RA and he could deduct R25 million in terms of the threshold of his tax bracket by the time he passes away, the additional R25 million that he wasn’t able to deduct will now form part of his estate and may be subject to estate duty.

The proposed changes in tax on RAs haven’t come into effect yet, and some intermediaries may consider this to be a window of opportunity and advise their clients to invest a lump sum into an RA while there’s still time.

However, the National Treasury could possibly apply the changes retrospectively. It’s important to have your records ready to explain why the decision to take out an RA was made in the first place; you might need to prove that it wasn’t just for the tax benefit.

Although RAs may no longer provide the full tax benefit as far as estate planning is concerned, there are still good reasons to invest lump sums into this savings vehicle. While your client is alive he or she may still claim the disallowed portions from tax. If they withdraw the lump sum from the RA upon retirement and take out a living annuity, they may still deduct a percentage from the income that descends from the living annuity. The proposed changes in tax are currently not carried over to an annuity purchased with proceeds after retirement which still presents an opportunity for clients to save on tax.

Other retirement changes are also on the cards and will be implemented on 1 March 2016. These include the deductible contributions to retirement funds that will be applicable to pension and provident funds as well as RAs.

The portion you may deduct from your retirement fund will be the lesser of 27,5% of the greater remuneration or taxable income, or R350 000 – so the amount you can contribute (for tax-benefit purposes) will be capped.

Sean is a member of a defined contribution fund. His total remuneration package is R500 000 per annum and he and his employer each contribute R50 000 a year to his pension fund. In addition, Sean contributes R60 000 per year to an RA.