Tax-free savings accounts are not ideal for an education fund

Using your child’s tax-free savings account is not necessarily the best vehicle for their education fund. 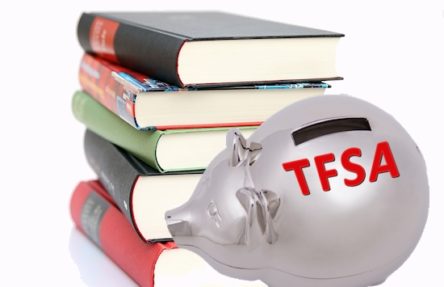 Since the launch of the tax-free savings accounts (TFSAs) there have been suggestions that this would be an ideal way to save for your child’s education. But is this necessarily the best advice?

Let’s suppose for example that you open a TFSA in your child’s name and put R1 500 away each month towards your newborn’s tertiary education, escalating each year by CPI (assuming 5%). By the time they reach the age of 17 you would have reached their lifetime limit of R500 000. If the fund delivers the long-term average of the JSE – namely 12% – your child would have around R1.2 million for education.

The problem is that if you cashed it in at this stage to pay for their education you would have used up your child’s full tax-free allowance.

This means you would be limiting their options in terms of their own future goals as they would not be able to make further use of the TFSA once they started earning an income.

On the other hand, a child of 18 years old would almost certainly not be liable for either capital gains tax or interest income tax. Both of these taxes are determined by the taxpayer’s current marginal tax rate. Presumably, an 18-year-old would not be earning an income and thus would have a zero marginal income tax rate, meaning that they would not be taxed at all. So any investment outside of a tax-free savings account would not attract any capital gains tax or interest income tax.

One could argue therefore that the use of a tax-free savings account for an investment you intend cashing in before your child starts earning an income would be wasting a valuable vehicle that they would need themselves once they actually became taxpayers.

If, however, you are simply saving for the long term and your child could use this build-up of funds for future needs once they are an adult, such as a deposit on a house, their own children’s education, or even their retirement, then there would be some sense in using a TFSA.

But in terms of your child’s education, the best strategy would be to either utilise your own TFSA allowance and benefit from zero tax rates, or open a regular investment such as a unit trust in your child’s name.

I reached this conclusion when it came to opening up TFSAs in my children’s names. I have already saved a significant amount for them in Satrix investments. My first thought was to transfer R30 000 a year of these savings into the Satrix TFSA, in order to avoid tax later.

When I considered that this money is earmarked to supplement a tertiary education or pay for a gap year, or whatever my kids decide to do when they leave school, I realised it made no sense to waste the tax-fee allocation. So although I have now opened a TFSA for both my children, this fund is to help build towards their long-term wealth. Once they start working they can take over the debit orders and it will provide a good base for future wealth creation.

We continue to pay each month into their existing non-TFSA funds which will be utilised when they leave school.