Entrepreneurship is key to job creation

Andrew Lester, Chief Marketing officer of Different Life, offers a solution to the problem of unemployment in South Africa 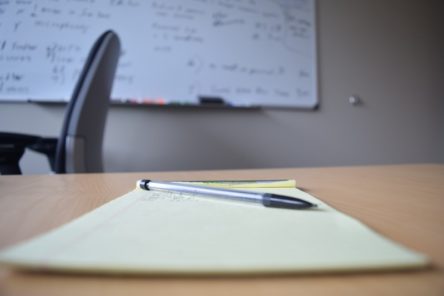 “Small business creates jobs” or so the saying goes. The corollary to this statement is that it is big business’s mandate to shed jobs as it attempts to do “more for less”. Both statements are true. Well – kinda.

An article on boosting small business on the SouthAfrica.info website states that “Data on small and medium enterprises suggests that these enterprises contribute about half of total employment, more than 30% of total gross domestic product.” Half? Wow, that is significant!

But the large majority of small businesses never really create jobs beyond the owner. According to the South African Presidency’s discussion paper Towards a Ten Year Review, published in 2003, 2.3 million people own at least one VAT-unregistered company, but only 338 000 owners have employees, and there were only 734 000 employees. Now maybe it’s just me, but something doesn’t add up here.

To me, the definition of a job is that you are in someone else’s employ – that you have a salary. If that’s the case, then these 2.3 million entities have created only 734 000 jobs. That is, well – effectively nothing. It really means that what we have is a large group of survivalists and the real gap is in developing entrepreneurial skills, skills that leverage the courage and the nous to “go it alone” and aid in the creation of businesses that employ people beyond the owner.

Entrepreneurship as a potential solution

I have, for all of my working life, been an entrepreneur: I have never had a job. As such, it’s not surprising that I view entrepreneurship as a potential solution to our rather large unemployment problem. But I can also tell you that there’s a huge difference between being self-employed and being an entrepreneur. It seems to me that in South Africa, we are self-employed out of necessity, which doesn’t make us entrepreneurs, and our ability to forgo the efficiency of big corporations for the flexibility of self-employed individuals is not limitless. That is to say, we cannot achieve the goals we are setting for small business without the missing entrepreneurial ingredient.

For me there is no doubt that entrepreneurship is key to job creation. What we need to facilitate is a culture of entrepreneurship – real, game-changing entrepreneurship. This is not something that is achieved overnight. The NDP sees 90% of new employment coming from small, medium and micro enterprises (SMMEs) by 2030. This is a brave claim and will require the development of some real entrepreneurial capabilities.

I believe that we should be backing any endeavour that seeks to facilitate entrepreneurial development. NGOs such as Paradigm Shift and The Hope Factory, organisations like the Awethu Project and Shanduka Black Umbrellas, need our support. If 90% of new jobs are going to come from entrepreneurs, we’d all better get behind their development.

And if the government is serious about achieving its target of six million jobs by 2019, its best hope would be to grow and develop a cohort of talented entrepreneurs.

A lack of emergency savings left households vulnerable to the economic shock of Covid-19. The last five years have been tough for South African consumers as salaries failed to keep up with inflation, unemployment grew, and debt levels increased. This left us extremely...