You are Here > Home > Credit > Savings: it’s about a change in mindset

Savings: it’s about a change in mindset 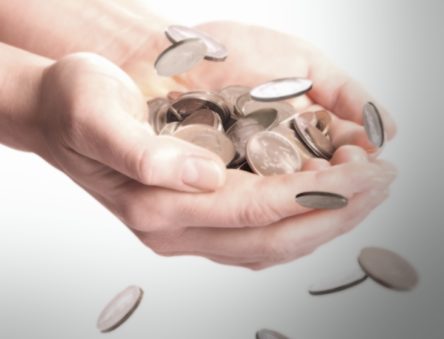 Open up your bank statement and calculate how much of your monthly salary goes to repaying debt. Imagine if, apart from your mortgage, you had no debt repayments – think of all that money now available for savings.

The reality is that we have already spent our future savings on cars, credit cards, personal loans and store cards; rather than allowing our savings to compound and grow in value, our debt compounds and absorbs an ever-increasing amount of our potential savings.

Take for example a washing machine purchased on hire purchase. A R2 900 machine financed over 24 months will cost you around R300 per month – that comes to a total spend of over R7 000.

If rather than buying it on credit, you decided to save for it by putting away that R300 instalment each month, it would take you about ten months to save the required R2 900. Once the machine was purchased you would be able to continue to save the R300 for either another item or to put away for the future. The money remains in your pocket and forms part of your savings.

In comparison, by buying the machine on hire purchase, you pay R300 each month to the store for a full two years. All your potential savings have now gone to JD or Lewis or whoever you bought the item from. They grow their profits from the money they make from the interest and other finance charges and the money goes from your pocket to their shareholders. Their shareholders are those people who never buy on credit and rather invest their money in companies like retailers and banks who make their money out of people who borrow money to fund their lifestyles. In effect South Africans are saving in a very skewed sense, through a transfer of wealth from borrowers to investors.

We consume our savings

A study by Professor Carel van Aardt, Research Director at the Bureau of Market Research at Unisa, found that while the global trend is for people to save more as their income increases, in South Africa, however, a higher income does not translate into higher savings.

He found that South Africans spend far more on consumption than people in other countries. For example the research showed that higher-income households tend to buy a new car every two years and upgrade to new homes every five to ten years, rather than reducing their debt.

Figures from vehicle financier Wesbank show that the average customer sells their car within three years; in comparison, a report by CNBC found that prior to the financial crisis of 2008, the average length of time an American would hold onto a car was around five years.

Since the credit crisis, Americans are holding onto their cars for even longer. Online automotive repair resource company AutoMD.com’s 2014 Vehicle Mileage Survey found that only 3% of Americans surveyed would sell their car within three years, and nearly 80% said they would hold onto their cars for ten years or “until it died”. When it comes to our cars, South Africans are more consumerist than the world’s most consumer-driven nation!

First step to financial freedom – once you have paid off your car, keep driving it until you have saved enough money to pay for a another (preferably second-hand) car with cash.

The result is that South Africans find themselves deeply indebted in their 40s and 50s – a time when they should be debt free and saving their additional income for retirement.

Getting credit is too easy

So why are we as South Africans so addicted to debt? Perhaps it is simply because we can. One of the key differences between South Africa and other emerging markets is that South Africa has a very sophisticated lending environment. Credit is far more available and pervasive than in other countries at a similar level of development. This could account for why South Africa has such a low savings rate in comparison to our peers. We don’t have to save up for the things we want – we can have them today. Unfortunately this comes at the cost of our long-term financial wellness.

With the Reserve Bank and National Treasury finally waking up to the realisation that South Africans have been gorging themselves on excess credit, the clampdown on lending could see a shift away from the credit mindset to one of saving like our counterparts in India and China.

But I’m not so sure that things will actually pan out that way.

Human nature is such that we get used to living a certain lifestyle, and we do everything in our power to maintain it. A survey conducted by a life company found that when faced with financial constraints, a household is more likely to cancel their policies than their DSTV.

As individuals, we will need to start shifting our mindset to understand that our real financial value sits in our investment account and not a luxury vehicle or branded clothing. Only then will we start to break the debt addiction.