The sectional title segment of the housing market continues to outperform the full title segment, in line with the “smaller is better” theme. But is it about home price affordability, or more about home running cost affordability? John Loos, Household and Property Sector Strategist at FNB Home Loans, takes a look. 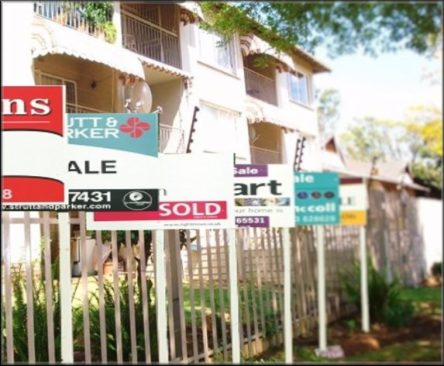 Comparing major property types, sectional title appears slightly stronger than the full title segment in recent times, a relative turnaround after full title had performed better for much of the 2005-2013 period. This is arguably in line with the “smaller is better” theme that appears to run through the market of late, as home-related operating costs rise strongly, and a slowing economic growth rate, coupled with rising personal tax rates, constrain the growth in household disposable income.

Since early 2014, however, although the Sectional Title Market Strength Index level remains above that of Full Title, both segments’ rates of strengthening have slowed. This is  arguably the impact of slowing economic growth along with the start of interest rate hikes early in 2014.

Three factors may have supported the sectional title market slightly more than the full title market. Firstly, from 2009 until 2014 we had a steady rise in first-time buying levels expressed as a percentage of total home buying, peaking at 28% of total home buying in the second quarter of last year. We suspect that these “financially limited” buyers are a key source of demand for smaller-sized sectional title units.

Secondly, there has been a small increase in buy-to-let buying during the residential recovery period, and once again sectional title units may well attract a greater portion of this source of demand.

Thirdly, we believe that it may be very much about affordability not only in terms of the homes themselves, but also in terms of home running costs. Perceptions that crime may be getting worse  again (despite official crime stats suggesting the contrary) could be fuelling greater demand for “secure” cluster living, which is often sectional title, since it lowers the average cost of somewhat expensive security measures and communal amenities. And of course the municipal rates and tariff increases continue strongly with no end in sight.

The increased popularity of smaller-sized and more affordable homes is something one would expect at a time when the household sector still possesses significant financial constraints, interest rates are rising and economic growth has been stagnating. This can play into the hands of the generally smaller-sized sectional title homes.

The potential appeal of sectional title living can go further, though, to the more cost-effective sharing of amenities and security costs.

At the present time, therefore, it should not be surprising that the sectional title market appears to be outperforming the full title market. It had underperformed for a large part of the 2005-2012 period, which had seen its affordability relative to full title homes improve considerably.

However, no segment can deny “economic gravity” indefinitely, and the FNB Valuers’ Market Strength Indices for both the full and sectional title segments have both shown a slowing in their pace of strengthening since early 2014.