Cellphones: to contract or not 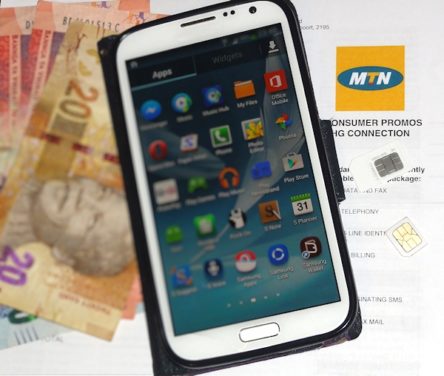 I have always had a cellphone contract. In fact, I am embarrassed to admit that I recently had to ask someone how to buy pre-paid data. The thing is, I got my first cellphone back in the dark ages when phones where the size and weight of a brick and contracts were the only available option. I even have the same cellphone number!

However, when my Blackberry gave up the ghost two months before my contract was due for renewal, I took over my husband’s old iPhone 5 and saw a great opportunity to rid myself of contracts and move to pre-paid.

As I now already had a handset, I thought it was a great way to save some money. I had also discovered that over the last 24 months I had been way overpaying for the amount of minutes I actually use on contract. I was on the 200-minute contract and yet had more than R2 000 worth of calltime available. I had also opted not to receive emails on my cellphone (that was getting way too distracting) so I needed less data.

My research surprised me when I realised the extent to which handsets are subsidised.

This meant that I could save around R189 per month, but on the other hand if I went with the contract it would mean I would effectively get a new phone for R4 536 (R189 multiplied by 24 months). In comparison a 16GB iPhone 5s currently retails on the iStore for R9 000.

I was also concerned about the hassle factor of running out of airtime. I looked at the ‘no phone’ contracts offered by MTN and for a 24-month contract at R139 per month, I could get my 100 minutes, 200 SMSs and 300MB of data. This was a saving of around R41 per month compared to pre-paid, but now I would be in a contract and if my phone died on me and I had to get a new device, I would still be locked into this 24-month agreement.

In the end I decided that a contract with a handset made the most sense considering I would already be saving about R200 per month by selecting fewer anytime minutes and, as my BlackBerry experience had demonstrated, cellphones do have a shelf life. Having my husband’s old phone as a spare means that we don’t have to insure the contract phone should it be damaged or stolen during the contract – another saving.

A quick look at Vodacom’s offerings showed that they were charging R429 per month for an iPhone 5s with only 75 minutes, 200 SMSs and 200MB. Basically Vodacom was charging R60 more for less ‒ which proves that it is really worth shopping around!