The ins and outs of financial emigration

What is the difference between emigration and financial emigration? 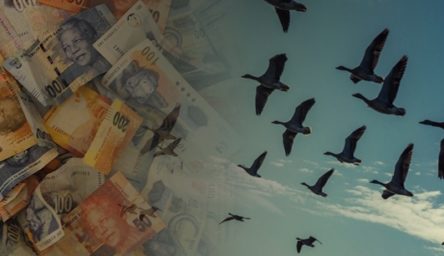 If you emigrate without properly notifying the South African Reserve Bank (SARB), you are viewed as a South African resident living temporarily abroad, subject to the same tax laws and financial regulations as people living in the country.

If you wish to leave the country permanently, financial emigration is, in most cases, recommended. Following this route, you must register your intentions with the SARB. Before you submit your application and supporting documents, you will need to ensure that your tax affairs are up to date and in order. You may also have to submit a tax clearance certificate from SARS, depending on how long you’ve lived abroad.

Once the application has been successful, the SARB will issue you proof of emigration. You will then be able to use a non-resident bank account, to freely transfer your funds abroad.

Can I move my SA RA to the UK if I don’t emigrate financially?

After successful emigration, thereby changing your status to non-resident, you’ll be able to recover all contractual pre-retirement savings irrespective of your age, as well as transfer testamentary trust distributions and inheritances abroad, which have occurred after physically leaving, as long as the funds have been correctly taxed in SA beforehand.

Can I still be a South African citizen?

It’s a common belief that officially emigrating requires you to give up your citizenship and your identity as a South African – a very emotive issue. This is incorrect.

Officially emigrating ‒ thus changing your residency status to non-resident with SARS and the SARB ‒ does not affect your South African citizenship in any way. Until such time as you actively decide to relinquish your SA citizenship by becoming a citizen of your preferred destination country, you would still be classed as a South African citizen and retain the right to return (and become resident) whenever you choose.

Can I withdraw my South African RAs after the age of 55 (the minimum retirement age)?

Contrary to popular belief, on successful financial emigration you can withdraw your retirement annuities in full, net of retirement fund withdrawal tax, irrespective of your age. Importantly this would be treated as a withdrawal and not a retirement. This distinction is necessary as there is a significant difference in the tax treatment of each process.

What if I have already retired and my savings are invested in a living annuity or life annuity?

Unfortunately, as things currently stand, the options here are very limited. Once you’ve retired from your pre-retirement funds and the proceeds have been invested in a living annuity or used to purchase income from a life annuity, irrespective of your emigration status, only the passive income generated from such annuities would be able to be remitted offshore. The capital would have to remain as is in SA.

Where can I invest my retirement funds abroad?

Once you’ve transferred your funds abroad, you’re free to invest (or use) the funds as you like.

In some instances, there are tax advantages to topping up an existing pension fund in your destination country of residence. Alternatively, normal investment channels can be considered. As always, it would be advisable to seek the professional assistance of a recognised, suitably qualified financial advisor in your country of residence. You should also be aware of all tax consequences in your destination country.

Am I obligated to invest my SA retirement funds into a pension option abroad?

No, as the funds effectively lose their status as retirement funds after withdrawal in SA. However, just because the funds are no longer contractually bound to be used as retirement savings, doesn’t mean you should ignore your original intention of investing for retirement! So it would be wise to invest these funds into a suitable pension option in your new country.

Always remember that it’s sensible to diversify your investment portfolio and invest funds across different markets, asset classes and currencies. This coupled with a consistently depreciating rand and more attractive investment opportunities abroad, has been a strong driver for South African investors and those already abroad, to consider investment outside of SA.

How do I emigrate financially?

When considering the financial implications of official emigration, it’s advisable to contract the services of a credible provider, properly licensed by the South African Financial Services Board (FSB) and suitably qualified to advise on the many different and often complex factors, which may affect the outcome or decision to emigrate. Such provider would need to have good working relationships with SARS, the SARB, and the myriad of investment product providers in South Africa. It would also be worthwhile considering a provider that also has an international presence.