The DTI’s decision to delay the implementation of the NCA Amendments relating to affordability tests has caused a delayed crisis of larger proportions. 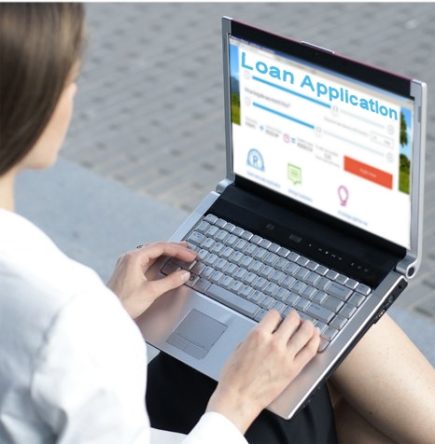 Many South African consumers have experienced an inexplicable increase in the invasive marketing of personal loans from credit providers in the last six months, largely through their cellphones and other direct forms of marketing. The reason? The DTI’s decision to delay the implementation of the NCA Amendments relating to affordability tests.

The latest NCR Consumer Credit Market Report (CCMR), which analyses quarterly data of the South African credit market for the second quarter of 2015, confirms that South Africa has an ever-increasing consumer debt problem. This confirms how the market tends to react to the delayed implementation of changes, reminiscent of the dramatic increase in credit in the run-up to the implementation of the NCA in 2007.

The number of loan applications has increased 17% year on year, while the number of applications rejected has risen by 25% in the quarter to a staggering R6,8m. Ian Wason, CEO of DebtBusters, South Africa’s largest debt management company, explains: “This shows that some credit providers, particularly the banks, have declined more applications, but as we know, if consumers have a loan application rejected, they just go to another credit provider with less stringent affordability tests and probably higher interest rates and credit life costs. These typically are short-term loans.”

The CCMR shows year-on-year growth in short-term credit (loans over periods shorter than six months) of a huge 205% to nearly R4bn. The gross debtors book on these loans ‒ a snapshot in time ‒ has increased by an even larger amount of 371% in the year, from R700m to R3,3bn, a total of 1,4m accounts.

Wason adds: “What is even more concerning is when you break down these ‘payday’ loans into the rand values per agreement size, the largest explosion is for loans that are between R5k and R8k, up 557% in the year. Imagine taking out an R8k loan at 5% monthly interest, plus fees, plus credit life charges and having to pay it back in 30 days? If ever there was a debt spiral in a consumer’s finances this is it.”

According to the CCMR there are more than two million South Africans relying on ‘payday’ loans every month.

“At the other end of the scale, unsecured debt, personal loans for a five-to-ten year period, have shrunk by 67% in the year from R2,8bn to R900m. This indicates that loans granted are getting dramatically shorter. Credit providers have realised that it is far less risky to lend consumers ‘payday’ loans than jumbo ‘consolidation-type’ loans over five plus years,” says Wason.

The dire state of South Africa’s economy may be partly to blame, but a closer look at the CCMR data reveals a collapse in these loans where the number of accounts reported as ‘current’ has decreased from 65% to 58% in one quarter alone. “This NPL rate on unsecured lending will invariably crumble further as the new affordability tests are now in place and consumers cannot continue to roll these loans,” says Wason.

Wason summarises the implications of this tragedy of Greek proportions: “South African consumers are addicted to debt. Not good debt, like a mortgage or a loan for the expansion of their business, or even an educational loan, but they are addicted to shorter-term expensive debt. Consumers do not care about the costs, they care about getting the cash, now! If credit providers’ affordability tests are policed correctly by the Regulator then this will come to a shuddering halt, defaults will sky-rocket, not just in ‘payday’ loans, but across all credit. An analysis of DebtBusters clients shows that 17% of those with ‘payday’ loans also have a bond, and 36% have vehicle finance. Responsible, secured lenders and the big banks should be seriously concerned with these results from the CCMR. For through no fault of their own (we see very little reckless lending from the large banks), their clients will be defaulting on their secured credit due to the amount of unsecured debt that other credit providers have lent them.”

On a more positive note, Wason concludes, “Recent changes to the regulations, NCA Amendments, interest rate caps and credit life caps will mean that the youth leaving school and university now, will never be able to get themselves into such a terrible state as their older siblings and parents. Who knows, they may actually start saving!”