Before raising the white flag, it is worth pointing out that the global economy survived a worse scenario four years ago, writes Patrice Rassou, head of Equities at Sanlam Investments. 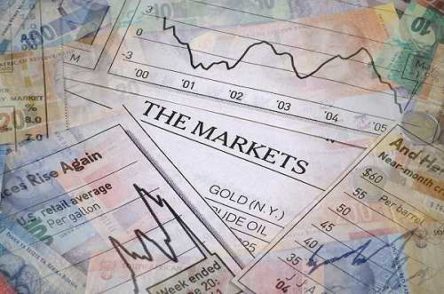 A last-ditch volte-face agreement by Greece to EU austerity measures and disappointing Chinese manufacturing data coupled with economic contraction from Russia, Brazil and South Africa provided multiple risk-off triggers for market participants this quarter. The People’s Bank of China also fired the currency war bazooka, which led to a rout in both emerging-market and commodity-producing country currencies and a sharp retracement of the Shanghai Composite by over 22% this quarter alone.

Global equities experienced their worst quarter in four years, down close to 10%. Disappointing global growth, falling commodity prices, extreme market whiplash and a weakening rand all contributed to a sharp pull-back of the JSE this quarter, with emerging markets seeing half a trillion dollars in capital flee out – the first net outflow from emerging economics since the 1980s.

Our estimate of fair value for the rand is between 10.50 and 11.50 to the US dollar. The SARB added fuel to the fire by hiking rates despite an SA economy which contracted in the second quarter (qoq) with macroeconomic imbalances not being helped by mining and manufacturing sectors hamstrung by loadshedding and labour unrest.

Effect of a Fed rate hike

The turbulence in global markets may be the result of hitting the air pockets mentioned above. However, what market participants are bracing for is the potential buffeting that a Fed rate hike would unleash towards year-end. Financial markets have benefitted from years of quantitative easing and the timing of the first rate hike has been the cause of great anxiety. This culminated in the volatility index (VIX) hitting four-year highs towards the end of August.

GDP growth in China was 7.3% last year with concerns about this year’s 7% target, the lowest in a quarter of a century. We don’t believe that a Chinese market rout will lead to systemic risks but there is also no doubt that the structural readjustment of the Chinese economy from an investment-led to a services-led economy will be a painful metamorphosis and a shock to commodity markets.

Towards quarter-end, financial markets took a further blow with news that German car maker VW, which only this year overtook Toyota as the world’s largest vehicle seller, had falsified various emission tests in the US, leading to a massive collapse in its share price and shaking investor confidence further. This put further pressure on the price of platinum metals used in diesel auto catalysts.

But before raising the white flag, it is worth pointing out that the global economy survived a worse scenario four years ago. After the Great Financial Crisis, valuations for equities were more extended than now after suffering a massive earnings collapse. Before quantitative easing kicked in, the equity risk premium was not as attractive as it is now and investors felt the need to de-gear over-leveraged balance sheets. Now we have a lot of cash sitting on the sidelines, and both individual investors and companies have had time to repair balance sheets.

However, softer global growth has led to weak demand for our exports and dumping of various products on our shores, ranging from steel and poultry to cement to sugar. Industries already suffering due to loadshedding and difficult labour relations have been attacked by cheap imports. This has forced a number of companies into business rescue with the whole of the steel sector on the brink and the precious metal sector under huge pressure. While this is not unique to South Africa, our small open economy with a huge unemployment problem can ill afford such a blow. It is no wonder that business confidence is at four-year lows and debates about the impact of inequality following Thomas Piketty’s visit to our shores have been raging.

Globally, equities have pulled back from their peak of the past year, none more dramatic than the 40% pull-back in the Chinese market from its peak. Year to date, the FTSE/JSE SWIX remained in positive territory, up 2%, but underperformed bonds and cash. Resources had a torrid quarter, down some 18%, while Findi stocks were more resilient, ending the quarter slightly down. The JSE’s 4% pullback this quarter camouflages extreme volatility in some specific counters. SABMiller (overweight) was up 26% after a bid by American beer giant AB Inbev. On the downside, Glencore (overweight) fell 61%, despite raising $2.5bn of equity, equivalent to 10% of its market cap, and announcing measures to de-gear its balance sheet.

Equity markets have experienced the highest level of volatility since the Lehman Brothers collapse seven years ago. The JSE has been caught in the downdraft of the emerging market sell-off, with the rand weakening some 21% against the greenback year to date. And given the slew of new listings on our exchange, it would appear that investor demand for risky assets has not waned. The risk of capital loss is now greater than ever and a disciplined approach to investing remains key.