The power of paying extra into your mortgage 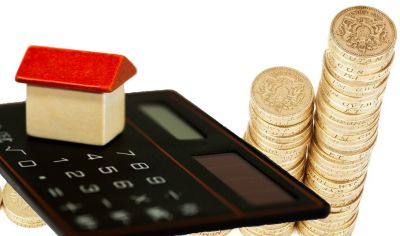 If you have taken out a mortgage recently you would have noticed on your statement that the interest charged each month is nearly equal to your monthly repayments. In the first few years of your mortgage repayment, interest makes up a very large part of the payment. As inroads are made into reducing the capital, so the amount of interest paid is reduced, allowing more money to go towards settling the capital.

The following graph, supplied by Standard Bank, illustrates various amortisation (payment) curves and the impact of each on home-owners, depending on how much they are paying into their mortgage each month. The graph illustrates a loan of R 750 000 at an interest rate of 10% per annum over 240 months (20 years). The assumption is that the interest rate remains at 10% for the entire loan term.

This is where the home-owner pays the minimum instalment amount based on the term, balance and interest rate applicable to the mortgage. As the graph illustrates, the mortgage is paid off after 240 months.

Here an additional R500 per month is paid into the mortgage, which is repaid within 200 months (just under 17 years).

Here the home-owner is paying R500 less than is required for the 20-year mortgage period, which means that after 20 years, the mortgage would still not be paid off. Not paying enough into your mortgage has a very negative affect – after 20 years you would still owe just under R400 000 on your home. Erratic payments or defaults would result in the same outcome.

This graph demonstrates the power of paying additional funds into your mortgage each month because these additional amounts go straight to paying off the capital, so any amount – even a small amount – can make a significant difference.

Tip: Because every rand counts when it comes to paying off your capital, change the instalment date to the day you receive your salary. Since interest on home loans is charged daily, the earlier you reduce your balance, the less interest you end up paying in total. This movement is very small on a monthly basis, but compound interest makes this small change valuable throughout the entire term of the loan and is a great way to save on the total interest paid.