Borrowing could get cheaper, but less available 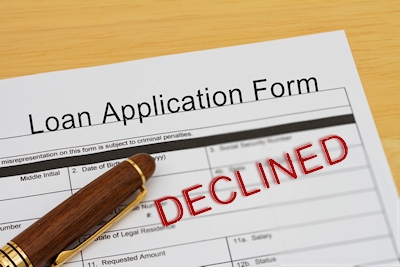 Late last year the Department of Trade and Industry (DTI) made two announcements that could see the cost of borrowing reduced. The DTI has adjusted the maximum interest rate that will be allowed on loans from May 2016 (see below) and also released draft proposals that could see credit insurance costs slashed.

We have often argued that interest rates are actually a relatively low percentage of the cost of borrowing, with many other fees adding significantly to the total cost of credit, the worst offender being credit insurance which can add up to 40% onto the cost of borrowing. We reported on a case where a client was paying R288 per month for credit insurance on a R5 000 loan which was repayable over four months. This effectively represented a R1 115 insurance cost for a loan of just R5 000 and made up 40% of the total cost of the loan.

In 2014 National Treasury issued the Technical review of the consumer credit insurance market in South Africa to investigate the costs and selling practices around credit insurance.

In response to this paper the DTI announced proposals to cap credit insurance costs to R4.50/R1 000 of credit. In the example of the R5 000 loan, the credit insurance cost would fall to R22.50 per month – saving the borrower R265 per month or R1 025 on the total cost of the loan. This, far more than the lower interest rates, will make borrowing more affordable. The question however, is whether micro-lenders would still be prepared to offer higher-risk loans at a much lower profit margin.

For larger credit providers such as the banks, the proposed rates should fall in line with what they already charge. According to Standard Bank, their existing credit insurance rates are well below the proposed rates on most of their personal loans. The R2/R1 000 maximum proposed by the DTI for mortgages will require Standard Bank to review their homeloan product range to move from age-rated to a flat rate but overall the bank says there will be minimal impact.

The real impact will be felt by micro-lenders who tend to take on higher-risk customers and whose client base face higher risks of retrenchment, illness and death.

The DTI says that it has set the credit insurance maximum level based on affordability rather than the current cost of cover to different market segments. It requires the credit provider to consider the risk profile of the client when setting the premium and not to just charge the maximum rate, but what still needs to be clarified is whether high-risk segments can be covered at the maximum allowable rate.

Hennie Ferreira, head of Micro Finance South Africa said that they would be responding to the DTI but that “our initial response is one of concern and we are hugely concerned that a truly needed product on especially smaller short-term loans will disappear from the market.”

While these measures will reduce the cost of borrowing, many credit providers may no longer be able to operate given the tighter margins and this will mean less credit available. Amendments to the National Credit Act after the collapse of African Bank has already seen the tightening of credit. These include borrowers having to provide three months’ bank statements or payslips as well as credit providers verifying a consumer’s expenses from credit bureau data.

As Rayanne Jacobson, CEO of Izwe Loans says, these changes should improve the level of bad debts but also reduce the amount of credit available.

“New regulations have tightened the rules relating to credit underwriting on the part of the credit providers, resulting in a contraction of supply by regulated entities. There is, however, still a demand, sending people to unregulated lenders,” says Jacobson, who adds that the increase in operating costs combined with fewer people qualifying for credit has seen many smaller credit providers closing shop.

In a country where 25% of the population is unemployed and family members are often supported by a single income earner, credit has become a survival strategy for many households.

These recommendations are unlikely to affect the consumption-driven credit spending which typically falls in the middle-class sector and is provided by the larger banks. It is the more vulnerable in society who need to be protected by over-charging but who may instead find themselves unable to access formal credit and be forced to borrow from unregulated mashonisas.