Changes to how corrections of tax assessments are handled

By David Warneke, Director and Head of Tax Technical at BDO South Africa 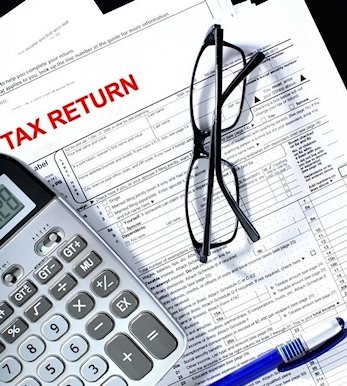 The Tax Administration Laws Amendment Act of 2015, which was promulgated on 8 January 2016, states that in future SARS will not be permitted to entertain so-called ‘requests for correction’ of tax assessments, except if SARS is satisfied that there is a (currently undefined) ‘readily apparent’ undisputed error in the assessment.

In my view, it is likely that taxpayers will be severely discriminated against by this amendment. What is ‘readily apparent’ to one person may not be so to another. The number of cases in which SARS is likely to grant requests for corrections is likely to drop dramatically and a lack of consistency in interpretation between SARS assessors may be taken as a given.

The first draft of this amendment, which was contained in the Draft Tax Administration Laws Amendment Bill of 2015, proposed that a correction would have to be requested by the taxpayer within six months from the date of assessment. Under ‘exceptional circumstances’‒ a term which was not defined ‒ SARS would have been entitled to extend the six-month period.

Since then, SARS and National Treasury accepted that the three-year period will be retained and that SARS will attempt to mitigate the risks presented by older requests for correction through its risk management systems. The insertion of the phrase ‘readily apparent’ in addition to the requirement that the error be ‘undisputed’ is to ensure that ‘substantive issues are properly challenged through the objection and appeal system’.

In terms of the objection and appeal system, the taxpayer has only 30 business days in which to object to an assessment. A senior SARS official may extend the 30 business day period by up to 21 business days if reasonable grounds exist for the delay in lodging the objection ‒ resulting in a maximum of 51 days in total. The period in which an objection may be lodged may be extended by up to three years if ‘exceptional circumstances’ exist which gave rise to the delay.

An indication of how SARS is likely to interpret the term ‘exceptional circumstances’ is found in Interpretation Note 15, dealing with the exercise of SARS’ discretion in the case of late objection or appeal. The Interpretation Note indicates that the term ‘exceptional circumstances’ may be understood to be referring to, among others:

Practical implications of the amendment

Let us consider the practical implications of the amendment in the following situations:

In the submission of his income tax return, a taxpayer includes his entire remuneration as taxable, unaware that since he was outside of the Republic for the entire year of assessment in earning the remuneration, it should be entirely exempt from South African income tax. He only discovers his error some months later when he discusses his circumstances with a tax adviser.

In the submission of her income tax return a taxpayer includes a capital gain arising from the disposal of her art collection. She was unaware that since she held the art collection as a ‘personal use asset’, the capital gain should have been disregarded. The taxpayer discovers her error some months later in conversation with a friend.

What is ‘readily apparent’?

SARS would probably argue that in both of the above situations the taxpayers had an available remedy in that they should have objected to the assessment within 30 business days. However, the point is that in the above situations the taxpayers would be able to prove the facts with relatively little effort, but in terms of the above amendment, SARS may argue that the error is not ‘readily apparent’ and therefore that it is powerless to issue a reduced assessment. The financial consequences to the taxpayer may be enormous. Moreover, the majority of South African taxpayers are not acquainted with tax principles.

In view of the promulgation of this amendment it is even more evident that taxpayers who have any level of complexity in their financial affairs should seek professional assistance with the submission of their tax returns.