Don’t fall into the trap of taking on unnecessary consumption debt in a misguided attempt to build up your credit record. 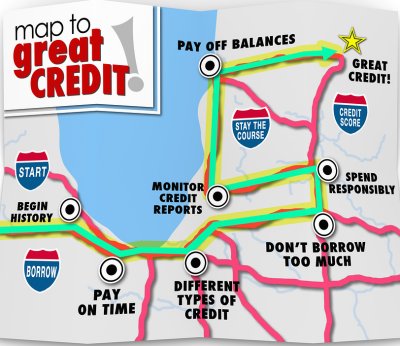 Far too many 20- and 30-year-olds are struggling to meet monthly debt repayments, impacting their ability to break the dependency cycle and create long-term wealth. The debt invariably starts with student loans, but once they join the workforce, the temptation is enormous to take on consumption debt through easy access to store cards, credit cards and personal loans.

As a general rule for every R1 000 you earn, financial institutions will give you around R3 000 of credit. You don’t have to wait to have all those things you have wanted your whole life. You can have them today, right now. Unfortunately at some point you have to pay it back ‒ with interest.

Afika Soyamba found himself in exactly this situation, a young man drowning in debt repayments but with a dream to start creating wealth through investing. The difference between Afika and most 30-year-olds is that today Afika is debt-free.

Like so many students, Afika had to rely on a student loan from the National Student Financial Aid Scheme (NSFAS) to attend university, but it was the debts that he started to accumulate in the belief that he had to build a credit record that really lead to his financial difficulties.

Fully aware of the risks of taking on credit, Afika was at first very careful about how he managed his credit lines. “Whilst studying I heard that I needed to build a credit record. I was told a credit record would make it easier for lenders to give me money because I would be have some kind of history. I went and opened a Truworths account. I made sure that every time I went to buy clothes on the account I had at least half of the amount I was going to spend. That system worked fine for me and I never missed a payment. I was using my pocket money, but I missed out on drinking nights though,” says Afika.

Over time however his credit lines kept increasing. He decided to “consolidate” his credit to a single credit card, closing his Truworths account and his RCS card. “In my mind I was still building a credit record. The first time I got a credit card, my limit was R2 500 and it was my choice. A few years later I had a limit of R80 000 with a balance close to R70 000 on the card.” It didn’t happen overnight; it was a gradual decline into a debt vortex.

Danger of not budgeting

Looking back, Afika realises a lot of debt came from unplanned expenses and not budgeting. Like most young black professionals he was burdened with ‘black tax’ – the cost of being the only employed person in an extended family. “There were unbudgeted trips home to the Eastern Cape, notorious funeral costs and I never drew a line when it came to helping friends out financially,” says Afika who also found that airtime was burning up his cash. “I was that guy who would call every time I got a missed call or message and I was using a lot of data. At the time I had a cellphone contract yet I was always paying extra every month.”

Apart from day-to-day spending, Afika also decided to buy a house and a car without understanding the full financial implications of maintaining them and all the other associated costs like insurance, rates, taxes and utilities.

Afika had realised the power of paying extra into his student loan and the impact that had on the balance. “I started paying the minimum amount that NSFAS required when one started working. It was so low and the principal debt was not going down, I felt like I was going to pay the debt for the rest of my working life. I started paying more towards the debt and immediately I saw that I was doing something.” This gave Afika a plan of action.

The journey to being debt-free

Afika’s first goal was to pay off his credit card. Credit cards in particular are a very dangerous form of credit as they are effectively a revolving loan. This means every time you make a payment, that amount is available again as credit ‒ you live perpetually in debt. Afika paid in extra each month and would then call the bank to decrease the limit so that he did not have any credit available on the card.

Unfortunately Afika had gotten used to living a certain lifestyle which was impossible to achieve without access to the credit on his card. He started using payday loans to survive. Then Afika received a substantial pay increase at work which meant he could accelerate his debt repayments and survive without those payday loans. “I asked myself a question: what would it be like to be debt free? From there I decided to try and be debt free.”

Afika starting budgeting with 22seven.com, an online money management tool. “I also met a wonderful girlfriend. Having one girl meant less phoning for me,” laughs Afika.

By using the 22seven.com budgeting tool he was able to analyse where his money was going. On average he was spending over R1 000 on entertainment, R1 000 on eating out and R700 on airtime/data bundles. He was also spending far too much money withdrawing cash from the ATM.

“Once I could see how and where I was spending my money, I knew where I needed to cut back.” Afika downgraded his bank account to reduce his bank fees, and spent much less on airtime. He redirected the money he was saving to repaying my debt. “I started to increase my car installment, and seeing those bars in the graph (monthly debt repayments) going up did something to me. I was motivated to keep paying more so I could get out of debt sooner.”

Today Afika is consumer debt free – the only money he owes in on his mortgage. He has paid off his car, owes no money on his credit card and is now investing every month. His quest to create a credit history nearly backfired, because no credit history is far better than a negative one.

From debtor to investor

Inspired by his journey and determined to move from being a consumer to an investor, Afika joined Lerato Mahlangu to become the second member of the Power Mani Club.

What began as a campaign by Victor Kgomoeswana, radio host and author of Africa is Open for Business to encourage investments, is starting to become a movement for young professionals to learn more about money. Lerato, president of Power Mani Club, has a degree in actuarial science and works in the financial services but describes herself as “an investor and an aspiring author”.

Through Power Mani Club, Lerato and Afika are hoping to create a trend of making it cool for young professionals to be debt-free and financially savvy.

“Our vision is to reduce debt and increase investments. We aim to break the stereotype of ‘lack’ that people often associate with someone coming from a so-called ‘previously disadvantaged’ background,” says Lerato, who is also campaigning to educate young people about the power of investing rather than sticking to low-interest bank savings accounts. “We want a social movement that everyone and anyone can participate in at any given time.”

To find out more about Power Mani, visit their Facebook page or their blog, or follow them on twitter @P0werMani. You can also email them at mailto:info@powermani.co.za.