How your money values are undermining your goals 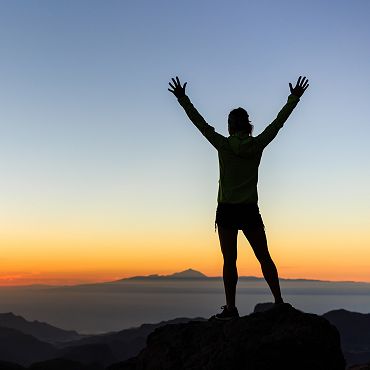 Someone recently related a story to me about a member of his community who had fallen on hard times and had lost everything. He had gone from being an ultra-wealthy businessman to struggling to make ends meet. He had come to his friend for some advice on what to do about his financial situation. The friend replied that he had to sell his R2 million investment car. Not only could he not afford to keep up the insurance payments but it would generate cash he could use to settle other debts.

The businessman refused, stating that in order to be successful, he had to look successful. He believed his car made other people see him as important, because without that car he would be nobody. This story came to mind when I was reading Mavis Ureke’s book Managing Emotions for Financial Freedom where Ureke talks about the extent to which we equate money with emotional wellbeing.

As Ureke points out, while one has to feel worthy of financial success to achieve success, you do not have to achieve success to feel worthy. Yet this businessman’s entire self-worth was dependent on how he was viewed by his community, because like so many people, his self-worth was dependent on his financial success and when the finances went wrong, his entire world fell apart.

Ureke goes on to talk about how so many of us equate success to lifestyle or status and how success is tied to the lifestyle we live, the car we drive and the clothes we wear. “A person may decide to look like it, pretend they have it, act as if they have it and the underlying belief might also be that if you look successful then you will be successful,” writes Ureke.

The point Ureke makes so well in her book is that we need to understand the value system we attach to money and also learn that having money – or not – does not determine who we are as people. Ureke sees money as an energy which is in constant flow so sometimes we earn it, save it, spend it or lose it. One thing we know from watching people becoming millionaires overnight, is that money does not bring happiness.

This does not meant that Ureke doesn’t believe in financial success. Quite the opposite; the book was born out of her own personal journey of taking control of her money and moving out of financial chaos. In undertaking the journey, she realised that her money mistakes would never end unless she understood why she made them and why she continuously sabotaged her financial stability.

In her book Ureke defines financial freedom not only as a physical state where one has enough money not to work or knowing that you won’t be a burden on your children, but in having the “ability to manage the money you have in such a way that it does not leave you with anxiety, regret, anger, shame and fear.” Ureke says that ultimately, financial freedom is when you are “not a servant of money but money is instead your servant, meaning it obeys you, and when you say come, it moves towards you.”

As you can gather this book is not your traditional finance book. It doesn’t teach you how to budget or invest, but rather deals with the reason you may not be reaching your financial goals and how you are subconsciously sabotaging your own success.

This requires some deep reflection of our own money values – values that have been ingrained in us from a young age through the way our families managed money, or personal experiences where we perhaps suffered a financial loss. So it starts with understanding who you are and what it is you value.

In the book, Ureke uses the Seven Levels of Awareness used by leadership coaches to assess your personal level of money awareness. Based on a questionnaire, you can assess whether you manage your money as a survivor, conformer, aspirant, individuator, disciplined, experiencer or a master.

For example, a “survivor” is someone who ignores money problems, has fallouts with family and friends about money and tends to be a compulsive buyer. Ureke describes this level of awareness as someone who sees themselves as a victim, someone who blames other people for their financial predicament and shifts responsibly to external circumstances.

An “aspirant” would be someone like the businessman with his high-performance car – someone who believes you have to look successful to be successful; where status and lifestyle are important. These people tend to live beyond their means. Ureke describes this level of awareness as one in which the person has an aspiration but lacks the necessarily inspiration to achieve what they desire.

An “experiencer” is someone who is at peace with what they have achieved so far, is open and honest when talking about their money, has several investments, and has educated themselves on personal finances matters. The challenge for this individual is to move into the “master” phase where they become leaders and mentors, sharing their experiences and leaving a legacy.

Through each questionnaire, Ureke provides ways to help you break the cycle and to alter your behaviour and belief around money so that you can move to a higher level of awareness.