Don’t get caught out by a poorly thought-out Will 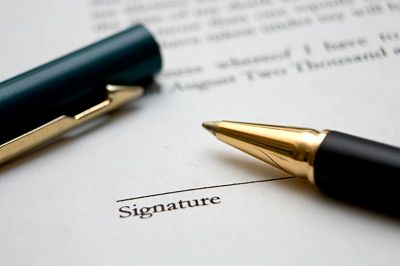 Buying insurance, and drafting and updating your Will, can be put next to each other on the list of things that we don’t really want to do, and often put off doing. For many of us insurance is a grudge purchase, until the day we need to use it and then we are reminded about how essential having adequate insurance is.

The same applies to drafting and updating your Will. Many feel that there will always be time later to think about a Will, but “later” often arrives too soon, and unnecessary hardship and unintended consequences are the result if something happens to you and you did not have an up-to-date and well thought-out Will.

Many people think about their Will for the first time just before they get married, when the attorney preparing their antenuptial contract suggests that they draft a Will.

Typically this Will would leave the entire estate of the first dying spouse to the survivor, and if the couple die simultaneously, then the estates would devolve upon their children. But the Will should go further, to consider what would happen if, for example, the couple meet with a motor accident while on honeymoon.

In this hypothetical case, the husband is fatally injured whilst the wife lingers on in intensive care for a few days or weeks before succumbing. The husband’s estate, which might include donations and other assistance from his family, would devolve upon his wife which in turn would be combined with her estate and this would devolve upon her intestate heirs, probably her parents. Naturally the husband’s parents might feel aggrieved at this arrangement. The Will should ideally have stipulated a reasonable division of the combined estate back to both sets of parents should the couple die without children.

And what if the marriage ends in divorce? The Wills Act makes provision that a Will signed before the divorce effectively freezes any benefit to the divorced spouse for a three-month period, should the other party die. Once the three-month period has passed, the law re-instates the terms of the Will, benefiting the previous partner again. Essentially the law allows a divorced person a three-month window to amend his or her Will.

Another example of how things can go awry without a well-advised Will is if a widow or widower were to remarry late in life. “Often there are adult children who support the arrangement as they would like their parent to be happy in their golden years. However, the children are later unhappy following the death of that parent when they discover that the step-parent inherits the estate of their own parent, thereby taking what the children believe to be their right. The parent, rightfully accepting responsibility for the welfare of their new partner, could have created a trust in their Will to provide for the new partner without disinheriting their own children.

So a Will needs to be carefully considered and updated frequently to avoid hardships and heartache for your heirs and beneficiaries. There is also no wrong time to consider a Will. A Will can be executed by anyone over the age of 16 who in mentally competent, and should be amended whenever circumstances change, be it financial or family. The important aspect is to consult with an expert to make sure all eventualities and contingencies have been adequately covered.

Lastly the Will must be drafted in a clear, concise form and must be signed, dated and witnessed in the prescribed manner.

For more information or assistance with your Will, contact Private Client Trust on (021) 671 1220 or info@privateclient.co.za.