Are gold coins a good investment? 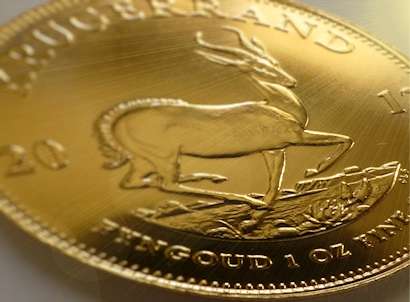 Towards the end of 2011, when the gold price had reached heady peaks of nearly US$2 000 per ounce, I received regular queries from readers asking how they could invest in gold. Many people bought gold coins at the time, hoping to cash in on the strong performance of the metal.

But anyone who has followed the gold price subsequently will know that gold lost its shine, and apart from some short-lived rallies, has failed to return to those 2011 levels. Gold is currently trading below US$1 300 per ounce.

For those who did buy at the peak of the gold price ‒ when priced in US dollars ‒ the good news is that in rands, you would still have made a good profit.

Although gold is down around 35% in US dollars since the end of 2011, it is actually up around 38% in rand value, increasing from around R13 000 per ounce in October 2011 to around R18 000 this year. This is all due to the massive fall in the value of the rand compared to the US dollar over the last five years.

Gold as an investment

Gold as an investment class is a bit of an oddity in that unlike other traditional investments in shares, property or cash, it does not offer any income return. If you want to value a share in a company, you can calculate some fundamental value based on the current earnings of the company and the dividends that it is expected to pay out in the future. A property can be valued on the rental that it generates while cash provides a return in line with prevailing interest rates.

Gold generates no income, nor does it have any intrinsic value in terms of a use in manufacturing (as opposed to platinum, for example). Yes it is used in jewellery, but the demand for jewellery is not the kind of major driver of price to the extent that platinum’s is in the production of a car’s catalytic converter.

The other problem with gold coins specifically is that not only do they not generate an income, they also have significant holding costs. If you are keeping them at home, you need to insure them or otherwise pay a bank to keep them for you.

The only real value in gold is that people place a value on it, and that value comes simply from sentiment – primarily a fear of what the future may hold.

Between 2009 and 2011, when the gold price rose from $800 to nearly $2 000 per ounce in just two years, it was on the back of a global financial meltdown. If the financial crisis continued and money became practically worthless, then gold as a currency of exchange would become very valuable in US dollar terms.

For this reason gold is also a hedge against inflation. If a country is faced with hyper-inflation, then your cash sitting in the bank would become worthless in terms of buying power, but gold would retain its value as it is priced in US dollars.

This is one of the reasons that gold has performed well for South African investors as it is a great rand hedge. Because gold is priced in US dollars, when the rand falls, so the price of gold rises in rand terms.

So gold is a hedge against financial chaos and currency devaluation, but is this enough of a reason to invest in gold?

Investment expert Simon Brown doesn’t believe so. He argues that over any longer period of time, gold in US dollars has been a weak investment. “For South Africans, their gold investments have been protected from the weaker rand, but there are smarter ways to gain from the weaker rand.” Brown recommends rather investing in companies who have operations abroad and earn a significant amount of their earnings offshore. Brown uses British American Tobacco as an example of a pure rand hedge stock which is up over 200% in the last five years.

Even if you just bought an index tracker that tracked the Top 40 largest companies listed on the Johannesburg Stock Exchange, most of these companies obtain more than 50% of their revenue from offshore operations. So it’s interesting to note that while the gold price has increased by 35% over the last five years, the South African stock market has increased by 85% over that period and would also have paid an income in the form of dividends. So a R13 000 investment in 2011 (the price of a one ounce gold coin) which returned the average of the JSE over the last five years would now be worth around R24 050.

Brown is also quite dismissive of the “end of the world” scenario, arguing that if you truly believe the world is coming to an end then “water and pumpkin seeds would be far more useful.”

Carin Meyer, CEO of FNB Share Investing, argues however that gold acts as a good insurance policy. “Gold has historically been known to act as catastrophe insurance in times of market uncertainty. This is primarily because the yellow metal does not derive its value from the financial system. As a means of portfolio diversification, gold is able to create a shield against volatility. Gold is also a liquid asset in that it is recognised globally as a means of exchange in many countries”.

If you have gold coins and wish to place them in safe deposit at the bank, you can rent a small safe deposit locker for around R100 per month.

You can purchase Krugerrands through the FNB Share Builder or Share Investor account. In this case if you choose to store the coins with Rand Refinery rather than taking delivery, you pay 0.86% per annum based on the value of the coin holdings, charged monthly. FNB guarantees to buy back all coins stored at Rand Refinery.

Insure your gold coins at home

Christelle Colman, CEO of MUA Insurance Acceptances recommends that if you have a valuable gold coin collection, you need to obtain the correct kind of insurance cover either from a specialist insurer or to source an insurance policy with a special extension under the contents section that caters specifically for insurance of gold and collectable coins, as standard policies usually have a per-item limit or inner contents limits, for example 10% of the sum insured, which falls far short of the full replacement value for the collection.

When it comes to a coin collection specifically, the majority of insurers will treat this risk in the same manner as they would treat money and it will be required that the coins must be locked away in an approved safe.  “At MUA, we recently had a claim where a collection of R2 million in coins was stolen, from a box kept in a display cabinet in the insured’s kitchen. The suspected thieves were builders working on site.  Such a claim would not be paid out, as the required level of due care for an asset of this value was not taken in this instance,” says Colman.