What the statistics say about your health risks 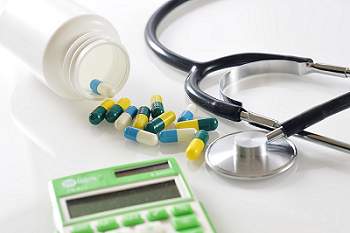 Liberty recently released its 2015 claim statistics which make for interesting analysis. As the largest individual risk player in South Africa, recording the largest volumes of new risk business for the last 12 years and having paid out over R3.5bn in claims last year, the figures provide a realistic overview of our health risks based on age and gender.

If you are over the age of 34, cancer is the most likely reason you will be claiming on your insurance. The statistics here are sobering with 25% of all claims across death, critical illness, loss of income and disability being the result of a cancer diagnosis.

Even for people under the age of 34 (“Young Achievers” by Liberty segmentation), cancer is the second-highest reason for claims, accounting for over 12% of claims across all benefit categories. Of these cancer claims, 75% were for critical illness and 20% for death claims.

Statistically, a Young Achiever is more likely to claim for retrenchment ‒ accounting for nearly 16% of claims from this age group ‒ and is also more likely to end up in a car accident than older policy holders. In this age group, motor vehicle accidents accounted for just under 12% of claims, slightly less than cancer, but unlike cancer, 80% of these claims were for death. Head of Risk Product Development at Liberty, Nicholas van der Nest, says Liberty will be monitoring these figures closely to see if the use of Uber when going out at night has a positive impact on bringing down these claim statistics.

As a Young Achiever becomes a parent to young children (“Young Parent”) around the age of 30, the risk of car accidents drops significantly but cancer and heart attacks become the biggest risks.

According to van der Nest, breast cancer in women is the biggest driver of this statistic, as 34% of claims from women in the Young Parent segment were for cancer, compared to 15% for men. Young fathers are more likely to claim for a heart attack, making up 20% of their claims.

Retrenchment drops to fourth place as a reason for claims in this age group and does not even feature in the top five claims for older members, suggesting that once you have made it through your 20s, the risk of retrenchment falls significantly.

What you should be insuring

Research conducted in March 2013 by True South Actuaries & Consultants found that the ideal ratio of insurance bought should be 37% life cover, 53% disability cover and 10% critical illness cover. Yet a great deal depends on the risks facing your age group. Based on claims made by Liberty clients last year, here is the insurance cover you will mostly likely need:

These statistics are probably skewed by the fact that Young Achievers tend to have more life cover than loss of income protection so the relative claim for loss of income/critical illness could be even higher.

Again the fact that more policy holders have life protection than lifestyle protection suggests that, relatively, they are more likely to suffer from illness than die.

Death claims start to rise significantly in this segment, but again critical illness is probably understated.

Death claims would naturally increase with age and as individuals in this segment retire so the need for loss of income insurance would reduce.