Why your coffee costs you more 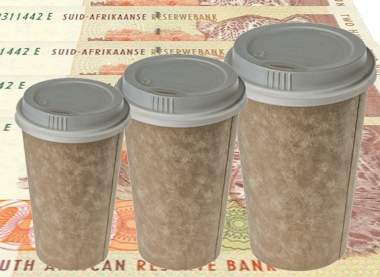 Remember the days when you went to buy a coffee and the cup only came in one size? Now most coffee-shop chains offer you a choice of small, medium and large. This is not because research has found that people have very different consumption needs, but rather because it makes us spend more.

Professor in marketing and behavioural science expert Dilip Soman noticed this trend of offering various cup sizes at his Hong Kong university’s cafeteria and discovered that most students bought the medium-sized cup of coffee. He asked the students why they selected the medium cup, and the answer they gave was that the small cup was too small and the large one too big, so they bought the medium one which was “the right amount”.

Soman then orchestrated for the cafeteria to decrease the size of all of the cups by 60ml. So effectively they introduced an even smaller cup and removed the large cup. So what used to be the small cup was now regarded as the medium cup, and what used to be the medium cup was now the large cup. Logically, if the students knew how much coffee they actually wanted to drink, they would have switched to the larger cup. But what actually happened? They continued to buy the medium-sized cup, even though it was 60ml less than what they had originally regarded as “the right amount” of coffee.

In behavioural science this is known as the context effect. When we don’t have enough information to make an informed decision, we make our decisions based on the context ‒ and that usually means the middle option. So is the middle-size option at your local coffee spot the right size for you? Or is it just a context decision?

I went to the Woolworths coffee shop and purchased a small take-away cup of coffee and measured it. It was 250ml – that is the cup of coffee I would make myself at home and the size we were all happy with when we had only one option. So why do we think the medium-sized cup is the right one? A medium cup of coffee is 350ml and it costs R3 more ‒ but have you noticed how they never fill a medium cup to the top?

So by using the behavioural science technique of context, coffee shops have simply introduced bigger cups of coffee to make us spend those extra few rands. Retailers use this technique in many different ways to manipulate the products we buy. For example, if they want to move a specific item they simply price it between a less expensive and more expensive option. Without us really understanding the value of the item, we just opt for the middle – not too cheap, not too expensive. Restaurants do it with wines and their food menu. The biggest sellers will be the average-priced deals.

The question is: now that you know the real size of that coffee, will you switch to the small cup? I certainly have!