You are Here > Home > Borrowing > The truth about debt review

The truth about debt review 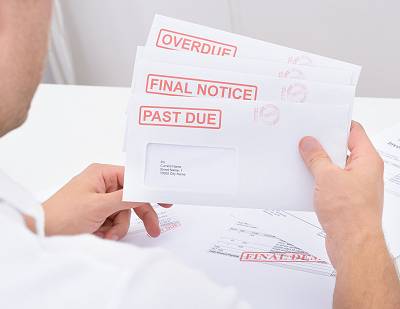 Three years ago Linda (not her real name) and her husband went under debt review. Like so many young couples, the allure of easy credit had led them to live a lifestyle that ultimately they could not afford. They bought a house, a car, bought clothes on store accounts and put an overseas trip on their credit cards. As the repayment of their debts started to leave them with less to live on each month, so they accessed further credit to keep afloat, including an overdraft facility with Standard Bank. Eventually the debt overwhelmed them and in order to protect their assets they decided to go under debt review with debt counselling firm Octogen.

“It was in some ways a relief that now we just had to make one payment and deal with one company and all the bills were taken care of,” says Linda who also acknowledges that it has been a very powerful lesson to learn to live without access to any credit lines.

Linda and her husband believed that all their finances were finally under control and that in another two years their short-term debts would all be settled. That is until, one day, Linda opened a bank statement. What she discovered horrified her – despite three years of payments the couple had made virtually no inroads into their overdraft with Standard Bank. She discovered that despite the fact that the bank had lowered the interest rate down to 1.8% per annum on her overdraft, as per the debt counselling court order, the bank continued to charge exorbitant bank fees on her overdraft facility as well as her cheque account, which is not part of her overdraft facility and was frozen and inactive.

Due to the fact that her overdraft debt was inflated by monthly service charges on the cheque account, the balance of the combined Standard Bank overdraft and cheque account did not reconcile with the balance after payments on the monthly payment distribution account which they receive from Octogen. The statement, issued by Hyphen (a payment distribution agency employed by Octogen), showed that the couple only owed R4 500 on their Standard Bank overdraft while their Standard Bank statement showed that, in fact, the actual balance was R10 100.

An investigation showed that the difference between the two amounts was bank fees. Each month Standard Bank deducts R95 for the current account, R32 for the overdraft facility and R22 for credit life – a total of R149 per month or R5 364 over the last three years. If this had gone to the debt as intended, Linda’s overdraft would be repaid already.

Standard Bank’s response to a query by City Press was that “the bank is entitled to all fees and charges still under the debt review status” and that “the only option therefore is for the customer to approach his debt counsellor with a view to increase the payments,” despite the fact that access to the account is frozen.

The continuation of fees is just one of several challenges facing the debt review process, according to Paul Slot, CEO of Octogen who says that while the National Credit Regulator has provided some clarity on the new “in duplum” process embedded in Section 103(5), credit providers are still not coming to the party and will find ways to continue to charge over-indebted customers.

Here is what you need to know about credit providers and debt review and why you should not use your payment distribution agency statement as your only reference:

●Credit providers are allowed to charge account fees, so negotiate these

While a credit provider has to adhere to a certain code of conduct when it comes to debt review, this only pertains to the debt itself and the interest and fees associated with that debt. It does not include account fees. So in Linda’s case, Standard Bank waived the credit service fee of R57 per month and reduced the interest rate to 1.8% p.a but was entitled to continue to charge R149 per month in fees instead of closing the cheque account and placing the overdraft on a reducing balance only. The only way that this debt could be settled is once Linda’s other debts were paid off and more money could be allocated to the Standard Bank account.

Despite raising the issue with Standard Bank, the bank has taken a decision not to amend or close Linda’s account while she is under debt review. The debt counsellor missed an opportunity to negotiate with the bank around the fees at the time of applying for debt review. The banks have different approaches to how they handle account fees, so upfront negotiation is best. Absa for example does not have a specific policy on waiving fees but “in the normal course of business within the debt review process, we assess each case on its merit, in conjunction with the debt counsellor,” says Jan Moganwa, head of customer solutions at Absa.

●Fees can exceed in duplum

As these fees are not considered part of the original debt, the rule of in duplum does not apply. The in duplum rule states that the fees and interest of the debt cannot exceed 100% of the value of the debt at the time of default. However, as account fees are not applicable to the cost of debt, there is no limit and can push the total repayment well over 100% of the debt.

●Credit providers do not issue monthly statements to debt counsellors

While the client should continue to receive monthly statements, these are not sent to the debt counsellor which means that they cannot update or check the information. So it is extremely important to open your individual account statements each month and fully understand your financial position and the fees that are being charged.

The payment distribution agency only reflects the debt at the date of the court order (certificate of balance) and then each month deducts any payments made against that debt. The court order is only for the outstanding debt at the time plus future fees and interest as agreed or if no agreement is in place based on the contractual terms included in the court order.

It is important to understand that the debt review court order is based on the certificate of balance obtained when debt review started. Once this debt is paid off you can apply to exit the debt review but the debt counsellors must check on your behalf if any additional balance is due to enable full repayment of the debt. For example, the court order may stipulate that you owe your creditors R20 000 and you agree to pay this off at a rate of R500 per month over the next 40 months, but due to payment timing differences some interest may be due for payment to the credit provider or additional fees have occurred, such as in Linda’s case.

Slot says that based on existing practice, debt counsellors should facilitate the payment of the additional amount if justified and in line with the in duplum requirements in the National Credit Act. If this is not done, the credit provider may commence with legal action because you are effectively in default.

A debt counsellor should contact all of your creditors several months before debt review is due to end and understand the actual liabilities and then negotiate to either increase the monthly payments or extend the term so that the customer knows that when they exit debt review all their debts are really settled. Slot says the counsellor should also, at that stage, check that the credit provider has accurately applied the payments and has not added unnecessary costs.

Although the terms of debt review require you to have paid off short-term debt (including your vehicle) before you apply to exit, you can still have outstanding home loan. Slot says they have had experiences where some credit providers want to reinstate the original home loan agreement. In one case the consumer was required to repay the home loan in three months or the bank would take legal action. This is against the intention of the National Credit Act and is not supported by debt counsellors. For this reason, and to protect the consumer, the debt counsellor will negotiate with the bank to come to an agreement in terms of the home loan to ensure that the repayments remain affordable – it is a lot easier to negotiate with a bank while you still have the protection of debt review.

According to the Experian Consumer Default Index, repayment of car debt has shown a marked deterioration as the extended Covid-19 lockdown puts South Africans under more financial pressure. Marc Friedman, CEO of car sale platform Weelee.co.za says that to avoid a...