Why we’re paying so much more for medical cover

As long as medical claims outstrip premiums collected, our premiums will keep rising. 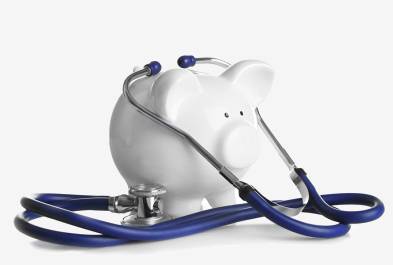 This year most medical scheme members will see premium increases well above inflation with the industry average hovering around 11%. Depending on your scheme option, some members will experience price increases as high as 15%.

The Council for Medical Schemes annual report 2015/16, released last month, explains in part why we are experiencing such huge hikes in our medical insurance costs: the cost of claims is rising.

The total expenditure on health services by medical schemes in 2015 rose by 8.9% totalling R138.9bn of medical costs spent by the 8.8 million members of medical health schemes. The amount spent per average beneficiary per month increased by 9% to R1319.2. Although it’s too early for the council to assess claims for 2016, most medical schemes are reporting that that the claims ratio is rising faster than expected with many schemes facing shortfalls.

What is concerning is that for the industry as a whole, medical schemes ran a deficit in 2015 of R1.2 bn – an increase of R800 million compared to the deficit of R456 million in 2014. Open schemes (not employer schemes) ran a total deficit of R565.6 million compared to a surplus of R37.4 million the year before. This means that medical schemes paid out more for healthcare costs than they received in income. Nearly two-thirds of open schemes showed a net deficit in 2015.

Schemes were able to keep their heads above water by utilising the investment income earned from funds that they are required, by law, to keep as a reserve. These reserves are calculated as a solvency ratio and schemes are required to maintain 25% of all annual premiums as a cash reserve. This reserve is an important reflection of the scheme’s overall health and sustainability, yet the Council found that the industry’s average solvency ratio for open schemes had decreased by 2.7% to 29.2% which means schemes are drawing on their reserves in order to meet escalating claims.

Our schemes are aging

We appear to be caught in a vicious cycle. As medical scheme costs rise, fewer young, healthy members can afford to join, which in turn is driving up the average age of members. The older the membership, the higher the claims tend to be. Damian McHugh, head of health marketing at Momentum Health, says for every year the average member age increases, a scheme’s claims ratio increases by 2% – 3%.

At the end of 2015 the average beneficiary age of the seven largest funds ranged from 32 (Momentum Health/Discovery Health) to 38 years old (Medshield/Fedhealth) – which means the claims ratio could be up to 18% higher for the “older member” schemes and these schemes will eventually face higher premium increases.

What is even more concerning is the decrease in medical scheme membership despite a growing population. For the first time since 2004, total scheme membership has fallen. The major reduction was in closed (employer schemes) and although there was a very small increase in open schemes’ membership, this was insufficient to offset the total reduction. With the increase in membership of pensioners from 7.3% to 7.7% of total members, it is clear that any growth is not coming from younger members.

The real cost of hospital plans

As medical costs increase, fewer young people can afford to join and if they do, they tend to opt for hospital plans rather than comprehensive options. Brian Ruff, founder and CEO of healthcare management company PPO Serve believes this rise in hospital plans is a contributing factor to rising medical claims.

The use of hospital admissions to treat conditions that could have been seen to in a doctor’s room, or even by a nurse, is a major driver of costs and hence increases in premiums

Ruff argues that in the current economic environment where people are already struggling to make ends meet, when a member of a hospital plan is faced with the need for blood tests or x-rays, they do not have the funds to pay for them. So the doctors admit them to hospital where they will be covered under Prescribed Minimum Benefits (PMB) – but this is a completely unnecessary cost and explains why hospital expenditure makes up 37.1% of total costs. It is also concerning that according to the CMS report, 55% of payments to medical specialists was paid to those operating in hospitals.

Noach acknowledges that there is evidence of “supplier-induced demand” where the availability of additional hospital beds seems to change the admission rate and length-of-stay pattern. “Whilst there is no malicious intent to admit inappropriately, the simple availability of empty beds makes it easy to admit patients, who typically could otherwise be treated in an out-of-hospital setting,” says Noach.

Professor Roseanne Murphy da Silva, President of the Actuarial Society of South Africa believes the use of hospital admissions to treat conditions that could have been seen to in a doctor’s room, or even by a nurse, is a major driver of costs and hence increases in premiums. Murphy da Silva says over servicing and claims are driven by a feeling by members and some medical practitioners that they should “get the most” out of a medical scheme.

“Many doctors and specialists charge four or five times medical tariffs, relying on the medical scheme’s reserves to cover expenses. However, at the end of the day healthcare providers and members need to be aware that consumers will eventually pay for claims,” she says, adding that unless scheme members and healthcare providers make a concerted effort to claim and charge more responsibly, there will come a time when only the very wealthy will be able to afford medical cover.

Murphy da Silva also believes that hospital cash plans are increasing unnecessary hospitalisation. For example, a scheme member will collude with a doctor to admit them into hospital so that they can access the cash payment from their hospital insurance policy which pays out cash depending on the number of days in hospital. The medical scheme pays the bill and the member gets the cash. “We need co-ordination and information sharing between insurers and medical schemes to stop this fraud,” says Murphy da Silva.