You are Here > Home > Taxes > Spouses need to review their finances

Spouses need to review their finances

Changes to the taxation of estates could leave a surviving spouse with a hefty tax bill. 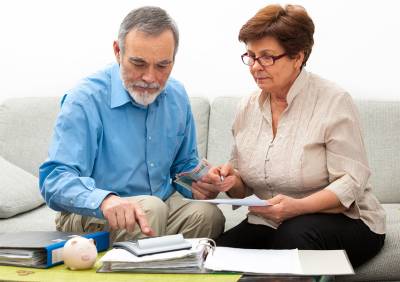 Last month the Davis Tax Committee (DTC) issued an update on its tax recommendations especially around so-called “death taxes”. Some of the key recommendations are to remove estate duty, donations tax and capital gains tax exemptions between spouses yet substantially increase the value of an estate before estate duty is payable.

The implications for estate planning are significant, and regardless of whether or not these recommendations ever see the light of day, what is clear is that our legal and tax authorities would like to see a greater separation of finances between spouses.

Currently when a spouse dies and leaves their estate to their surviving spouse, no taxes are paid. This seems to be a practical provision since in many households, finances are built up together and both spouses share in the benefit. As an example, one spouse may have been a major breadwinner over their career and built up assets in his/her name to provide an additional income in retirement for the benefit of the couple.

The major breadwinner may also have taken life cover to provide for the family in the event of his/her death. Perhaps as a business owner and for credit protection purposes, the family home is in the name of only one spouse, yet they both live and enjoy the home. Generally, the assets of the spouses are for the enjoyment of the couple and it would be very difficult to separate these assets from each other.

What about unions that have not been formalised?

The problem is that not all relationships are formalised. In order to benefit from the tax-free transfer of wealth you have to be recognised as a spouse, generally through a form of legal union. Families come in various forms, especially in South Africa which also allows for polygamous relationships. Think about a situation where two people have a child together but the relationship has ended. The parent may wish to leave their estate or life policy to the child to provide for their upbringing, but those assets are not exempt from tax as the child is not a spouse. So it can get complicated, and part of the Davis Tax Committee’s aim is to provide equality in how assets are transferred.

So the recommendation is to remove the tax exemption for spouses which means irrespective of your relationship status, all beneficiaries would be viewed equally when it came to estate duty. At the same time the DTC recommends raising the abatement from R3 million to R15 million. That means estate duty of 20% will only be paid on an estate worth over R15 million. If the estate is worth more than R30 million, then the estate duty increases to 25%.

Considering that retirement funds are exempt from the estate calculation, an abatement of R15 million to cover other assets such as investments, residential home and life cover, should be sufficient for most South Africans. Based on 2015 tax statistics, only around 135 estates would still be liable for estate duty.

Geraldine Macpherson, Legal Marketing Specialist at Liberty points out however, that for “asset-rich” individuals who may have built up a property portfolio or have their own business which they bequeath to their spouse, this could be a major estate planning issue and they would have to ensure that they had sufficient liquid assets (cash and liquid investments) or life policies to cover the tax payable.

The death-tax situation is worsened by the recommendation to also remove the capital gains tax exemption between spouses which could have a far greater impact than estate duty.

On a person’s death all their assets are be assumed to be “sold” or “transferred”, thus the capital gain is calculated and tax is payable on gains in excess of R300 000. Currently all assets bequeathed to a spouse are exempt from capital gains tax; the DTC has recommended removing this exemption, but at the same time increasing the tax-exempt amount from R300 000 to R1 million. Again this poses a serious issue for “asset-rich” families, especially business owners.

A further issue which will make joint finances more complicated, is the recommendation to remove the tax exemption on donations between spouses which would mean that if a spouse wanted to transfer assets to his/her partner to accommodate the changes to estate duty, they would find that donations tax could apply. The only concession is that assets and cash donated between spouses as a matter of practicality should be allowed if it is for purposes of maintenance and day-to-day living. Macpherson says this typically means that the spouse would have to use up the asset or money during the course of the year. “The fact that donations between spouses are tax free is often used in estate planning and in business succession planning and the loss of this exemption would have an immediate effect, possibly greater than we anticipate,” say Macpherson.

David Knott of Private Client Holdings is not convinced that these changes will come into effect simply due to the complexity of trying to ascertain the value of the estate. For example, if you are married in community of property, then as a spouse you already own 50% of the total estate irrespective of whose name the asset is in. In this case the issue of donations tax is also complicated as the donation stays within the couple’s joint estate.

In the case of an ante nuptial with accrual, it becomes more complicated in accounting for the growth of the estate during the marriage. “We find that even now trying to value the accrual in an estate is very much on a hit and miss basis. No one asks the surviving spouse to issue balance sheet.”

Knott says that while the implications could be far reaching for estate planning, you don’t need to go and make any major changes until we have more certainty. “Nothing has actually happened, but just be aware of potential tax changes,” says Knott. A spouse who is not the main breadwinner, such as a stay-at home parent, needs to be very aware of what investments and assets are held in the partner’s name and should these changes come into effect, to ensure that proper provision has been made to provide for death taxes. “A spouse who is not working or is earning less income, needs to be adamant about having investments in his or her own name.”