Teamwork could lower our medical costs

Medical practitioners need to be incentivised to keep us well, rather than getting paid just when we are sick. 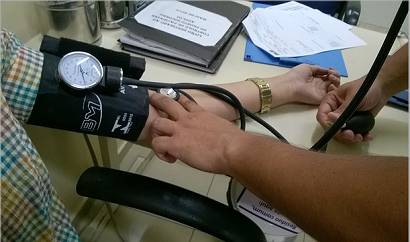 Three weeks ago my son cut his finger badly and it needed to be professionally bandaged and assessed for stitches. I popped down to my doctor’s rooms and asked to see the nurse, who is very well qualified to bandage a finger and decide whether or not it needs to be seen by a doctor. I was told that the nurse does not see patients directly and only assists the doctor. So I was forced to see a doctor to effectively put a bandage on my son’s finger. This was an unnecessary cost to my medical scheme and quite frankly a waste of time for a doctor who should have been attending to more serious cases.

Brian Ruff, founder and CEO of healthcare management company PPO Serve explains that this management practice is borne out of South Africa’s fragmented and chaotic private medical sector where each clinician works and bills alone. So if the nurse had attended to my son, the doctor would not have earned a fee.

Ruff attributes our high rate of caesarian-section births to this fragmented structure. In the private sector, South Africa’s rate of caesarian-section births is around 80% compared to 15% globally. Ruff maintains that because obstetricians do not work in teams with midwives, nurses and other birthing experts, as is the norm in other countries, if the obstetrician is not at the birth, they don’t earn a cent. As it is impossible for an individual to be available 24/7, they encourage patients to schedule their date of delivery via a caesarian.

“90% of births in the private sector are attended by a specialist. If they worked in teams, it could free up a huge amount of specialist time,” says Professor Roseanne Murphy da Silva, President of the Actuarial Society of South Africa. She argues that while South Africa does have shortage of specialists, it is worsened by the inefficient use of the specialists we do have.

“This is a function of the fee-for-service environment where all medical practitioners are paid a fee for service and there is no incentive to manage costs,” says Murphy da Silva.

We can reduce the reliance on specialists for primary healthcare needs through the use of an integrated team-based healthcare model.

This system discourages teamwork. Rather than working in teams, specialists are in direct competition with GPs and as a result are spending time on patients that could be cared for at a primary health level. This results in a shortage of specialists for more serious cases. A good example of this is the fact that most women believe that they need to see a gynecologist once a year for their annual pap smear. A nurse, or at most a GP, is more than capable of conducting a basic pap smear and would only need to refer to a gynecologist if the pap smear is abnormal.

This lack of co-ordination and the overuse of in-hospital specialists has, Ruff argues, resulted in an oversupply of hospital beds. Based on the number of individuals who are members of medical schemes, private hospitals have four beds per 1 000 members. Countries that use integrated community and primary healthcare systems have a ratio of two beds per 1 000. Based on this ratio, Ruff argues that the current private hospital provision could provide service for 20 million South Africans.

Ruff believes that we can reduce the reliance on specialists for primary healthcare needs through the use of an integrated team-based healthcare model in which specialists, general practitioners, nurses, and other practitioners such as psychologists, proactively work together to look after a patient collectively. The consulting team is then paid on a value-contract basis rather than on an individual-fee basis.

PPO Serve in conjunction with Discovery Health launched the first fully integrated team-based medical practice in Alberton, Gauteng earlier this year. The Alberton Pioneer ICC™ (Integrated Clinical Consortium) currently has a team of two specialists, seven GPs, a social worker, an occupational therapist and a registered nurse, with a psychiatrist and a psychologist joining the team shortly. The team of clinicians are not all in the same building but use technology to ensure the best care for the patients. As Ruff explains, an intelligent care system is put in place to manage patient care. For example, in the case of an elderly woman with dementia and diabetes who lives alone, the workflow system enables the team of caregivers and medical practitioners to create a system that assigns tasks and alerts to ensure the patient is continually monitored. The team then meet regularly to discuss some of the more complex patients.

The team is paid on a value-contract basis, so irrespective of which member of the team the patient sees, the practice and members all receive payment. The value of the contract is based on the age and medical severity of the patient, with additional bonuses paid if certain outcomes are achieved.

For example, if the average emergency admissions for diabetes is reduced due to good patient management, the practice receives a higher payment. In effect, doctors are better paid for keeping their patients healthy rather than only earning money when they are ill. This is not dissimilar to the concept of the village doctor in China where the family would pay a monthly fee to the doctor only when they were healthy. If they became ill, the doctor was not paid.

PPO Serve is engaging with Discovery Health and other medical schemes to roll out similar initiatives across the country. Murphy da Silva believes this teamwork approach to medical funding would be positive in driving down healthcare costs. “We need to restructure on the side of service providers as to how services are delivered and funded through a multi-disciplinary clinic with incentives to deliver cost-efficient services.”