Disputed debit orders could lead to the collapse of the entire debt counselling industry unless the Department of Trade and Industry takes urgent action. 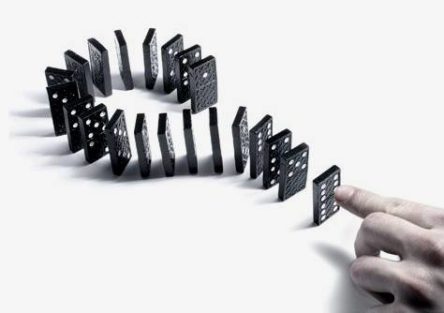 The entire debt counselling industry could collapse, destroying over 5 000 jobs and leaving an estimated 238 000 individuals under debt review with no legal protection, despite repeated requests by debt counsellors and payment distribution agencies for the Department of Trade and Industry (the DTI) and National Credit Regulator (NCR) to intervene.

The three national payment distribution agencies (PDAs) collect and distribute around R820 million from debt review customers each month on behalf of debt counselors and credit providers. Yet these PDAs claim that tens of millions of rands is owed to them by the banks due to disputed debit orders, and that the banks are profiting from the debt review process at the expense of other providers in the value chain.

These claims were made in a submission in October to the DTI by two of the three payment distribution agencies, DC Partner and the National Payment Distribution Agency, which argue that amendments made to the National Credit Act in April 2016 will destroy the industry unless urgent action is taken.

The National Credit Act amendments reduced the number of days that a payment distribution agency has to distribute funds to the creditors from 15 to 5 days. This was to ensure that the consumer’s debt was settled sooner, however, a consumer has 40 days to dispute the debit order, creating a situation where a consumer can reverse a debit order after the funds have been paid out by the PDA.

The PDA is required to refund the amounts to the consumer, yet the banks, which make up 80% of all debt review payments, are not refunding the PDAs. The submission states that although most credit providers are prepared to refund the PDA, members of the Banking Association of South Africa (BASA), with the exception of African Bank, are refusing to do so, using the money to offset consumer debt leading to tens of millions rands of losses.

“There is a perverse and frankly immoral situation where consumers’ debt is being paid by the PDA with little or no prospect of recovering these funds as the banks are not willing to refund those payments. Many consumers are abusing this process with no intention of honouring their payments and that will have a negative impact on the industry in its entirety,” says Herman Joubert, general manager of payment distribution agency DC Partner.

The PDAs claim 95% of disputed debit orders occur after consumers are informed by the PDA that payments have been distributed and that this has more than doubled since new regulations.

Joubert disagrees and says that PDAs are merely a third-party facilitator, facilitating payment between two parties who have reached an agreement. He further notes that BASA members are the only credit providers who are not refunding the PDAs. Currently there is no mechanism under the National Credit Act on which the PDAs can recover these funds either from the consumer or the credit provider.

Paul Slot, head of the Debt Counsellors Association of South Africa (DCASA), says they warned the DTI and NCR in August last year that the new amendments would have serious implications for the reversal of debit orders.  At the time the DCASA contended that “no PDA can be required to pay over funds which have not cleared, or funds where the consumer’s right to dispute it has not passed.  If implemented as proposed, this will make PDAs financially unviable due to the fact that consumers can abuse the payment process.” Slot says these warnings were ignored.

Chris van der Straaten head of the third PDA, Hyphen, says that the losses due to disputed debit orders have increased by 120% since the amendments came into effect and currently amount to 15% of income. “In short, we have an absurd situation that the PDAs are paying credit providers without any assurance of having the money in hand ‒ this something which no sane business person would ever consider.”

The National Credit Regulator says that it is “amending the conditions of registration to include a process between credit providers and PDAs when debit orders are reversed to have redress for the PDAs.” This does not however address the millions of rands owing to PDAs currently.

The DTI has stated that it “will be meeting with the National Credit Regulator (NCR) with the view to engage with the banks to have the matter resolved amicably.”

In search of a low-cost credit card

For the last 14 years I have been the happy owner of a Virgin Money credit card. The card has zero annual fees which made it a perfect credit card to hold for emergencies rather than using for day-to-day spending. In my case I also used it for booking travel such as...