A cap placed on how much a lender can charge for credit insurance could result in cheaper loans, but some warn it could also cut credit to higher-risk individuals. 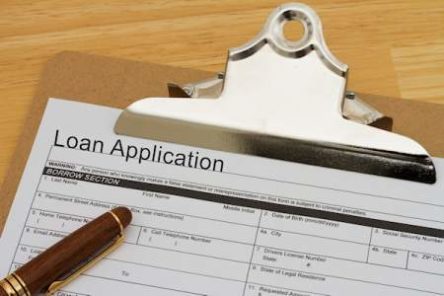 Credit insurance is usually required when taking out a loan ‒ the policy assists in the repayment of the loan if you die, are retrenched or become disabled. For several years I have raised the issue of excessive rates charged for credit insurance which adds significantly to the total cost of credit. I reported on a case where a client was paying R288 per month for credit insurance on a R5 000 loan. This worked out to a rate of R56/R1 000 of credit and made up 40% of the total cost of the loan.In the last two years the National Credit Regulator has referred several large credit providers to the National Consumer Tribunal for the mis-selling of credit insurance policies, this included JD Trading and Lewis.

While a review and regulation around this insurance has been necessary, some argue that the rate at which the limit has been set is far too low and we could see a situation where credit can no longer be provided to higher-risk customers.

For larger credit providers such as the banks, the proposed rates should fall in line with what they already charge. The real impact will be felt by micro-lenders who tend to take on higher-risk customers and whose client base face higher risks of retrenchment, illness and death.

“The published rates, from the perspective of the providers of small unsecured loans, is that the products will in all likelihood disappear from the market and will impact extremely negatively on the sustainability of small providers,” says Hennie Ferreira, CEO of Micro Finance South Africa, who says that the cost of origination for smaller loans is very high and the R4.50/R1000 fee will not be a viable product.

Guardrisk, a product provider of credit insurance for credit providers, says it is business as usual. “The company has a deeply embedded culture of compliance and is currently busy incorporating the new regulations into its compliance framework,” said Richard Eales, MD of Guardrisk. He adds that over the past year they have done a lot of work with their clients that provide credit life insurance, in preparation for both the premium caps as well as the Treating Customers Fairly regulations.

“We welcome the clarity that the regulations now give, specifically with regard to definitions and as to whether premium caps apply monthly or annually, as there was previously a great deal of confusion in the industry in this regard,” said Eales.

Ferreira argues, however, that because micro-lenders may not be able to properly mitigate their risks, many of these loans will no longer be available. “The downstream impact on the overall supply of small amounts to consumers who are not able to access credit from banks is that they will satisfy their need from the informal or illegal market.”

What this means to the borrower

Technically the cost of borrowing should come down. Although these rates are already in line with the premiums charged by banks, for customers who borrow through micro-lenders, or take finance via a retailer, the cost of credit insurance could come down for new contracts.

For example, if you took a R10 000 loan with a premium of R10/R1 000, you would be paying R100 per month extra on your repayments for credit insurance. The new rates would mean that if you took that loan after the implementation in August, you would only be paying R45 for insurance, a saving of R55 a month.

It is important to note that the new rates will only come into effect in five months’ time and that it will only impact new, not existing, loans.

Death or disability: The credit insurance must pay out the outstanding balance in the case of death or permanent disability. In the case of temporary disability, the insurance should cover the monthly instalments up to a maximum of 12 months unless the person is able to work before then.

Retrenchment: If the consumer is retrenched, the insurance should cover instalments up to a maximum of 12 months assuming that the customer has not found employment in that period or that the loan has not been repaid by then.

Matching risks: If the credit provider charges the maximum allowable rate, the credit provider must be able to demonstrate that the premium is in line with the actual risk presented by the customer. For example a loan repaid over 3 months would not carry the same risks of something happening to an individual compared to 12 months.

Exclusions: Certain exclusions will be allowed. For example, the cover may exclude events such as suicide and death or injury due to drug or alcohol abuse. Cover may also exclude certain pre-existing conditions. The policy will also only pay out for formal retrenchment and not voluntary retrenchment or resignation.