The 10 key themes investors must not ignore in 2017

By Marianna Georgakopoulou, Head of Asset Allocation at Ashburton Investments 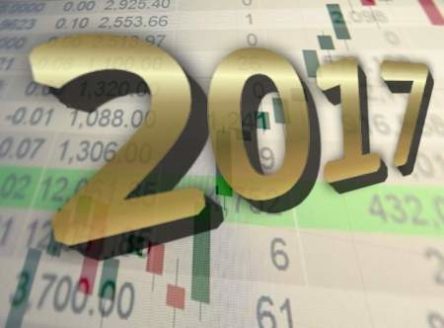 Global macro indicators are currently strong, with a clear cyclical recovery underway in most regions of the world. In particular, industrial and consumer survey data in the US are extremely positive. However, we are cognisant that expectations are high for a continuation of this economic strength, which is currently underpinning risk assets.

We have a more balanced view of 2017, expecting higher volatility as we face an unusually high range of outcomes –both positive and negative. A key focus is on how the new US administration will prioritise pro-growth measures versus protectionism. Another key focus is the uncertain European political landscape. Similar to the major events we witnessed in 2016, we will keep powder dry to take advantage of any dislocations in global markets, while we remain focused on managing downside risk.

Here are the 10 key themes investors must not ignore this year:

Global reflation – how much more?

We are witnessing higher inflation expectations across developed markets. There are a number of reasons for this, such as the  pick-up in growth, expectations of higher global infrastructure spending and other Trump policies. We are also seeing higher commodity prices and Producer Price Indexes coming through. The key question  is how much further expectations can climb, as well as the extent of realised inflation post the positive base effects. In emerging markets (EMs), US dollar strength is also increasing inflationary pressures.

The secular trend of unwinding globalisation has been underway since 2014 – measured by the number of protectionist measures, trade agreements and tariffs – and it is set to accelerate with Trump and Brexit. There are many implications, such as currency volatility and the impact on growth and exporters due to reduced trade. Domestic cost pressures could also push cost inflation higher and hurt corporate margins.

The wave of nationalism in both developed and emerging markets is challenging the established world order and increasing global instability. An inward-looking US further increases this uncertainty. Nationalism goes hand in hand with rising populism. This means defence spending is on the rise and is set to accelerate, as well as heightened volatility on the back of an elevated geopolitical risk premium.

We are seeing a highly business-friendly administration, with most major appointments coming from the private sector. There has also been strong messaging surrounding deregulation in the financial and energy sectors. The promised cut in corporate tax to 15-20% would result in a capital flight back in the US, while a capex revival would be positive for growth and productivity.

We must be aware of any disappointment surrounding Trump’s fiscal, tax and deregulation agenda. There is also uncertainty on the Border Adjustable Tax. Higher interest rates, particularly higher long rates, impact US growth given the long-dated and fixed nature of the mortgage system. A strong dollar is a drag for exports. It is also worth noting the length of economic cycle is already old by historical standards.

Value has opened up in EMs post the Trump win. The market is cherry picking parts of the Trump agenda. While the EMs’ risk premia have been on the rise due to protectionism fears, the developing world would be a beneficiary if higher growth were to materialise – especially commodity exporters. The external vulnerability of emerging markets has been significantly reduced compared to 2013, while valuations are more attractive. Countries with high real rates should outperform.

Political risk is elevated in Europe in 2017, particularly with this year’s election calendar. Similar to what we witnessed in 2016, the populist vote is getting stronger. The Brexit outcome will be key in the perception of the European leadership’s commitment.

There are quantitative limits to the current QE programmes. The reduced incremental effectiveness, as well as the increasing counter-productive effects and risks, have shifted both central bank and investor perceptions away from the reliance on excessive easing. The implication of this is increased volatility and the likelihood active will outperform passive. There is also an increased fixed income opportunity set, as private capital returns and asset prices recoup the previously strong correlation to macro data.

The dependence on fixed asset investment remains heavy and consumption cannot make up for this decline. We are seeing credit expand rapidly again, while there is pressure on exporters from FX. To avoid a severely reduced growth outcome, China needs to shave off unproductive debt.

Commodities bounced off 1999 levels and have been trending higher for a year now. The demand side has been strong, which has been driven by China over the past three quarters. A supply contraction and potential consolidation, which is not yet materialised, will be incremental key drivers.