You are Here > Home > Financial Sense Home > Love, money and the Cinderella complex

Love, money and the Cinderella complex

How women are navigating relationships as the breadwinner. 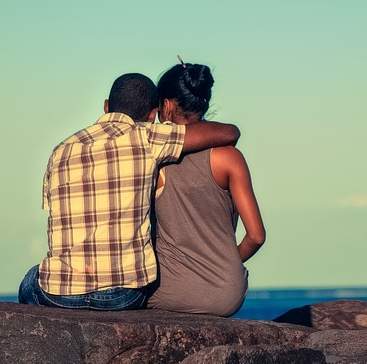 After a talk I had given at a Women’s Day breakfast, a woman in her early 30s came to chat to me about an issue that faces many financially independent women. My talk had been about the “Cinderella Complex” and a woman’s unconscious (or conscious) desire to be cared for by a man. As a single mother, she said that unlike many other women in her situation, she was not convinced that a man would be a Blesser (a term used to describe a sugar daddy). Thobeko’s* issue was that she had worked very hard to become financially organised and to support her child on her own. “I don’t have debts and I have investments. What if I meet a man who is a spendthrift or arrives with debt?”

Today money is a minefield that couples have to face and navigate between the roses and racing heartbeats. Considering that money is the biggest reason for divorce, how you handle money as a dating couple could be a predictor of how you’ll manage money as a committed couple.

A couple of years ago I had a conversation with a family friend, who in her early 20s had started to date a guy quite seriously. Angela’s* concern was his money attitude. He always split the bill when they went out and never offered to pay in full. She faced the challenge that as she was several years younger than him, her earnings were not on par with his. So going out for dinner several times a week or the choice of venue could put substantial strain on her budget if they went 50/50. I suggested to her that she be honest and tell him that while she loves going out for dinner with him, she can only do what is affordable for her. If there is a fancy restaurant he would like to go to, he would have to foot the bill.

The relationship continued, and after they moved in together, they set up a budget where she contributed a percentage that represented her earnings relative to his. But she couldn’t handle his budgeting and financial prudence. She wanted to be more exuberant and spontaneous. Ultimately the relationship ended, and here’s the rub:  she is now dating a man who loves spending money on her. As a classic Cinderella, she found her Blesser and is very happy about it.

Different money personalities can be compatible

For others the difference in their money attitudes may just drive them insane, or can be used as a power-play in a relationship – especially if there is a difference in the earning power. As they say, “he who holds the gold, makes the rules.”

In another conversation, Carol* told me about her experience after recently getting married. Both she and her husband were on their second marriages with grown children and had gotten used to living their own lifestyles. Her husband earns a modest income and has simple tastes and needs, while Carol is financially very well off and enjoys the good things in life. After moving into their new home, Carol starting buying new furniture, making minor renovations and generally spending money. Within a couple of weeks, she noticed that her relationship was not going that smoothly, especially in the bedroom. The problem was the shift in power that her money created. The reality is that while most women do not have a problem with a financially successful partner who enjoys spending money on them, for some men, a financially stronger partner can make them fell emasculated. This is going to be a challenge in many relationships as more women become the main breadwinners.

Some women like Carol will want to spend on their partner, women like Thobeka will be afraid that a financially less astute man will bring her down and women like Angela will still want a man who can spoil her. So when you fill in those online dating questionnaires, the most important attribute may just be a synergy in the way you view money.