You are Here > My Banking > What is digital currency?

What is digital currency? 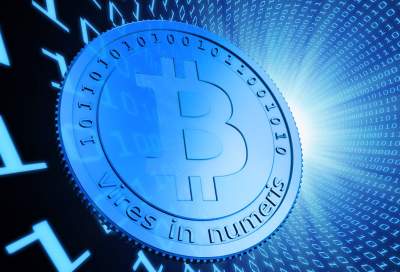 Digital currencies are a form of electronic money, that are as liquid as normal fiat currencies. There are currently over 600 digital currencies – also known as cryptocurrency – that are already in the market. They function the same way as regular currencies, except that they use cryptographic techniques to ensure they cannot be changed. Cryptography offers the ability to securely store and transfer sensitive information.

Cryptocurrencies are based on complex computer encryption and mathematics rather than the traditional money and banking system, that can now provide faster and cheaper financial solutions. They are not backed up by a country’s central bank or gold reserves but by the distributed community of users of that system. This allows users more control of their own money because there is no central control from any government.

However, as we move into the next generation of money, governments and banks are starting to create their own digital currencies that will allow for faster and cheaper solutions for their citizens and clients.

Many governments abroad have already found ways to regulate Bitcoin, which was the world’s first digital currency.  Bitcoin is the only digital currency currently in mainstream market that acts as normal money.

“Some governments worldwide, have already found ways to regulate Bitcoin, as they begin to understand that the technology that Bitcoin is built upon, which is a revolutionary one, is taking us into the next level of banking,” says Shireen Ramjoo, Founder of the Liquid Crypto-Money institute.

Cryptocurrencies such as Bitcoin were designed as a wealth enrichment currency, as it is a limited series. Because of this, the supply and demand factor of economics come into play. As more people start using it, the demand rises, and because there is a limited supply, this causes the price of the currency to continually rise. So it could be viewed more as a commodity than a currency.

Using digital currency is also much cheaper than using normal currencies, because there is no need to use a middle-man – in this case, a bank. You can now send money directly to anyone in the world and it can clear in minutes. There is no need to wait for our banking system’s traditional verification and clearing processes that could take several days. Another advantage is that there is a standard fee of 0.01% to transfer money – whether you’re sending R100 or R1 000 000.

“Essentially, what we are seeing is that we now have more options to become our own bank and to take full control of our finances, if we choose. The blockchain technology has brought with it another level of how we will now be doing banking and refining it in the future,” says Ramjoo.

The blockchain is a revolutionary transparent system that was created with the world’s first digital currency, Bitcoin in 2009. It is a public ledger that records all the transactions that happen worldwide of users transferring or receiving Bitcoin, and it updates live. Anyone can view the ledger at any time. This is the key innovation that Bitcoin brought, and what allows it to be decentralised. And this is what other cryptocurrencies stem from.

This article was based on a press released issued by the Liquid Crypto-money Institute.