Stressed out about money

The middle class is stressed out financially, but how much is a result of our lifestyle choices? 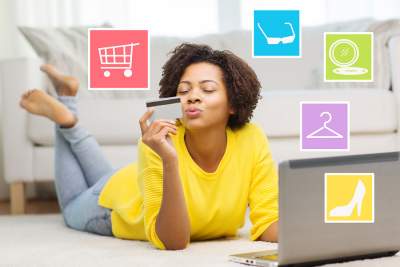 Seven out of ten middle- and upper-income earners say that they are experiencing financial stress according to the annual retirement study conducted by the Sanlam Benchmark Survey. As Viresh Maharaj, CEO Sanlam Employee Benefits: Client Service, points out, when more than 70% of middle-income South Africans are experiencing financial stress, it has reached epidemic levels.

When asked about the sources of financial stress, nearly 55% of those surveyed said it came from short-term debt obligations like car payments, credit cards and personal loans. The second biggest source of stress (42%) was not having enough savings for the future and unexpected emergencies.  Financial obligations from extended family and paying school fees were also in the top five biggest reasons for stress.

The financial pressure on households is so great that in this relatively affluent segment, three-quarters of people admitted that at least once a year they did not have enough money to meet their expenses with nearly six out of ten people saying that this occurs several times a year or more.

Financial stress is starting to have a serious impact on our ability to function both at work and at home with 74% of people saying it was impacting negatively on their home life and over 50% saying it negatively impacted them at work.

In a country with such high levels of inequality and unemployment, we would expect to have households under financial stress, except that this survey was not about low income earners.  The majority of those interviewed fall into the higher income earning brackets and as members of retirement funds are fully employed and earning at least a middle-class income. Nearly all have a post-matric qualification, with 60% having a degree and earning over R300 000 per annum. 40% of those interviewed earned R500 000 a year or more. If people earning half a million rand a year are feeling financial stress, at what point do we start questioning our lifestyle choices?

Lifestyle choices are creating the stress

For entry-level middle-income earners on R15 000-R20 000 a month, it is challenging to cover the basics like groceries, rent and school fees, especially when one has extended family to support – this is where the weak economy and high unemployment rate of family members is having its biggest impact.

But when you are earning R40 000 a month or more it is not so much basic survival but our lifestyle choices that create the stress. At a media briefing on the survey, Trurman Zuma, CE of Sanlam Personal Finance: Savings, pointed out that the survey highlighted the extent to which we, as consumers, are not prepared to acknowledge how our own behaviour is impacting our finances. Only 13% acknowledged that their own spending habits were a source of stress, yet how do you end up in debt if not a result of your spending? Only 3% of people responded that “keeping up appearances” was a source of stress, yet how many of those cars we drive, clothes we wear or phones we buy are exactly about keeping up appearances?

During the early part of the 2000s before the financial crisis in 2008, employed, qualified income earners were able to sustain an increasingly affluent, debt-enabled lifestyle as salaries generally rose ahead of inflation and interest rates were at all-time lows.

As the economy contracted, salary increases reduced and interest rates edged higher, the lack of savings and over-extension of credit started to be felt and unfortunately it is very unlikely we will see a significant improvement in the economy to bail us out. So much of this stress could be avoided by sound financial decisions such as not buying a luxury car, not using credit to buy stuff we don’t really need and to start putting some money away for emergencies.

When it comes to kicking the proverbial tin-can of debt down the road, the road has come to an end.